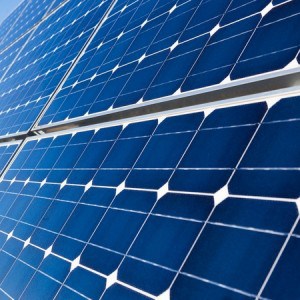 Effective January 1, 2018 a new law makes it easier for a California condominium owner to install a solar energy system on the roof the building in which he or she resides. The law also covers the installation of such a system on a garage or carport adjacent to the building that has been assigned to the owner for exclusive use.

The California Solar Rights Act of 1978 established that it was state policy that any provision of a Common Interest Subdivision that prohibits or restricts the installation of a solar energy system is void and unenforceable. The Act did allow Homeowner Associations (HOAs) to impose reasonable restrictions. AB 634 was said to provide further guidance on what would be “reasonable.”

The passage of AB 634 prohibits an HOA from establishing a general policy prohibiting installation of a solar system on the roof of a building in which the system owner owns a unit.

The new law also prohibits requiring a vote of the members owning units to approve the installation of such units. Generally, the law requires a vote of the membership to grant anyone exclusive use of what is normally common area. This law exempts solar units from that requirement.

There is now a legal obligation for the owner of the system to “maintain a homeowner liability coverage policy at all times and provide the association with the corresponding certificate of insurance within 14 days of approval of the application and annually thereafter.”

AB 634 included a provision that allows the HOA to require the applicant for the system to submit a solar site survey, conducted by an appropriate professional, showing the placement of the system and “including a determination of the usable solar roof area among all owners sharing the same roof, garage, or carport.”

The HOA may also require the owner and all successive owners to be responsible for any damages to the common area or other units, and costs for any maintenance and/or repairs of the system.

Finally, the owner of the system may be required by the HOA to disclose the system and its related costs to any prospective buyer. Of course, common law disclosure responsibilities would require this anyway.

AB 634 was opposed by the California Alliance for Retired Americans. I don’t know why.