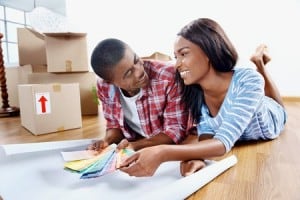 About 75% of current non-homeowners say they would like to own a home one day, and consider it as part of the American Dream, according to the quarterly Housing Opportunities and Market Experience survey from the National Association of Realtors.

However, the reasons why they want to buy a home, or more specifically, one major reason that isn’t a factor in their decision, might come as a surprise.

Trulia’s latest rental analysis shows median rent increased 3.1% in 2017 with much higher increases experienced in key major metro areas. And over the past year, much attention has been given to the rising affordability issues in the rental market.

However, surprisingly, this was not a factor in renters wanting to move into homeownership.

About 24% to 32% of respondents each quarter answered that their main reason for buying a home in the future would be a change in lifestyle such as getting married, starting a family or retiring.

The next top reason, with 26% to 30% of respondents, said an improvement in their financial situation would cause them to buy a home, followed by the desire to settle down, with 12% to 16% each quarter.

Renters do very much expect their rent to increase this year, about 51% answered they expected it will, however it is simply not enough to spur any action. Only 15% of renters said they would consider purchasing a home due to these increases. About 42% of respondents said they will still resign their lease, and another 25% will move to a cheaper rental.

“Housing demand in 2018 will be fueled by more Millennials finally deciding to marry and have kids and the expectations that solid job growth and the strengthening economy will push incomes higher,” NAR Chief Ecomomist Lawrence Yun said. “However, with prices and mortgage rates also expected to increase, affordability pressures will persist.”

“That is why it is critical for much of the country to start seeing a significant hike in new and existing housing supply,” Yun said. “Otherwise, many would-be first-time buyers will be forced to continue renting and not reach their dream of being a homeowner.”

An increasing share of non-homeowners answered that the primary reason they currently do not own is because they are unable to afford it. In fact, 56% of non-owners indicated this as the reason they do not own a home, reaching a new survey high for the fourth quarter.

Many even answered they do not believe now is a good time to buy due to swift home price growth and low levels of housing supply. The share of non-owners who said now is not a good time to buy a home fell from its all-time high of 62% in the third quarter to 58% at the end of the year.

“A tug-of-war continues to take place in many markets throughout the country, where consistently solid job creation is fueling demand, but the lack of supply is creating affordability constraints that are ultimately pulling aspiring buyers further away from owning,” Yun said.

“These extremely frustrating conditions continue to be most apparent at the lower end of the market, which is why the overall share of first-time buyers remains well below where it should be given the strength of the job market and economy,” he said.