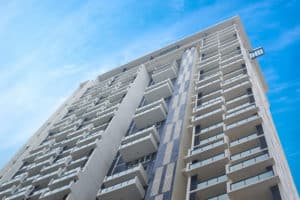 Multifamily developers’ confidence weakened further in the first quarter of 2019, according to the National Association of Home Builders.

According to the organization’s latest Multifamily Production Index, the MPI retreated seven points to 40 compared to the previous quarter. The MPI is measured on a scale of 0 to 100, with a number above 50 indicating that more respondents report conditions are improving than report conditions are getting worse.

The MPI is broken down into three components: the construction of low-rent units, meaning apartments that are supported by low-income tax credits or other government subsidy programs; market-rate rental units, which are apartments that are built to be rented at the price the market will hold; and condominiums.

According to NAHB’s report, all three components of the MPI fell below 50 in the first quarter, marking the third consecutive quarter of declines.

“Multifamily housing starts experienced a gain in 2018. Even after a slight decline for starts in the first quarter of 2019, permit growth is occurring, and production should level off moving forward,” Dietz said. “The market remains dominated by rental production, with a 94% share at the start of 2019.”

The NAHB report also details the Multifamily Vacancy Index, which measures the multifamily industry’s perception of vacancies. The MVI is a weighted average of current occupancy indexes for class A, B, and C multifamily units, and can vary from 0 to 100. In the MVI, any number over 50 indicates that there are more property managers reporting more vacant apartments.

According to the report, the MVI rose three points to 48, indicating there are now more vacancies.

“Builders and developers are being cautious to see what happens with projects that were recently completed,” NAHB Multifamily Council Chairman Gary Campbell said. “However, we’re seeing that developers are reasonably optimistic about what’s ahead for units on the affordable end of the spectrum.”