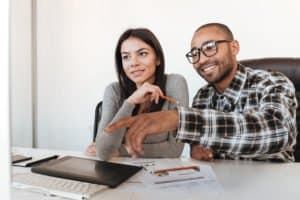 With younger generations holding off on the “American Dream,” renting is becoming a more popular option among the masses.

In fact, 32% of respondents in a new report from Zumper said they don’t believe the American Dream includes homeownership, and 20% said they don’t plan to buy a home in their lifetime.

Conversely, a study from Freedom Debt Relief says 59% of homeowners believe that owning a home is still part of the American dream.

Rental platform Zumper recently released its State of the American Renter report, which looks at rental behaviors related to transiency, happiness and work, renters perspectives on rental rates, savings and cost of living.

“Over the past several years we have started to see a shift toward renting becoming an integral component of the American Dream,” said Anthemos Georgiades, CEO and Co-Founder of Zumper. “One in three respondents confirmed that they believe the American Dream no longer involves owning a home. Despite high rent prices across the country, renting is still proving to be more cost-effective and allows renters to prioritize flexibility over-commitment.”

According to Freedom Debt Relief, 26% of property owners said the cost of owning a home is a burden, and they wished they were renting instead.

Renting remains popular among 62% of respondents, who said they claimed a financial situation as the main reason they rent instead of own, while 22% preferred the flexibility of renting and 20% just did not want to hold the responsibilities of a homeowner.

Despite the fact that rent prices are continuing to grow across the country, 54% said they think they are getting a good deal on their apartment, and 55% are satisfied with their rental.

Freddie Mac found that 40% of renters said they thought a monthly mortgage payment would cost more than a rent payment.

Even though the renters are satisfied with their living situations, 88% said they think they should be spending up to 30% of their income on rent. One in three reports spending more than 31% of income on rent.

One in four say they live with a roommate, and 40% say their roommate is their significant other.

Only 6% said they still get help from their parents for rent, compared with 2% from 2018’s report.

Zumper surveyed more than 10,000 respondents age 18 and older from all 50 U.S. states as well as Washington, D.C. The survey was sent to Zumper and PadMapper users based in the United States and shared among their family and friends from May 2019 to June 2019. All responses were gathered online.