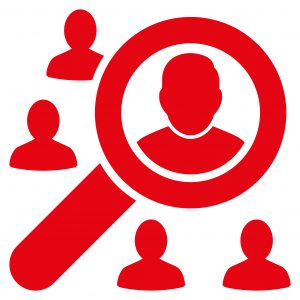 Minneapolis landlords will face new limits on their ability to reject tenants because of their criminal history, past evictions or credit scores under a new ordinance that passed the City Council unanimously Friday.

The council’s action follows a polarizing summerlong debate that highlighted tensions between tenants and landlords over how to address an affordable housing crisis in a now renter-majority city.

City Council members have pushed the ordinance as a way to reduce barriers that often prevent people with criminal backgrounds, low-income households, people of color and people with evictions from finding a decent place to live.

Among other tenant protections, the ordinance prohibits landlords from turning away prospective tenants because of older criminal convictions and eviction actions. A number of other cities also have adopted tenant screening protections, including Seattle, Portland and Washington, D.C.

Landlords, who have mobilized against the ordinance, warned that taking away their discretion to screen tenants will lead to higher rents.

The new rule is “a sweeping public policy change that failed to consider many, many questions that should’ve been asked,” said Cecil Smith, principal and managing broker with Cornerstone Property Professionals, a Minneapolis property management company.

But advocacy groups for tenants had pushed the council to limit background screening, saying people with evictions or criminal convictions have few choices beyond predatory landlords or dilapidated homes. They’ve also said that the screenings don’t give full context of a tenant’s past and how they’ve changed their lives.

Ivory Taylor, lead tenant organizer for Home Line, a tenant advocacy group, said at a news conference after the ordinance passed that it was “a first step in a long list of things that need to be done.” She said that includes relocation benefits for displaced residents, a universal right to counsel in housing court and opportunities for tenants to purchase their homes.

“The city needs to continue and expand the work on the ‘Renter-First’ policy treating renters in rental housing as a community asset for our residents in neighborhoods,” Taylor said.

Council Member Jeremiah Ellison, co-author of the ordinance with Council President Lisa Bender, said the measure is just one element of the city’s affordable housing efforts.

At Friday’s meeting, Council Member Phillipe Cunningham asked whether the vote should be delayed until they could see more data about similar policies in other cities and how residents were affected.

Ellison responded: “I think that data is vitally important. But I also think there are times where the problem is evident and you don’t have the data, and if you wait for it, you’re going to exacerbate the problem.

Under the new ordinance, landlords can’t deny an applicant on the basis of a misdemeanor if the conviction is older than three years and felonies older than seven years; landlords can still deny applicants who are convicted of distributing or manufacturing controlled substances and anyone on the lifetime sex offender registration.

The ordinance also allows denials in cases of murder, kidnapping, arson, assault or robbery, manslaughter and criminal sexual conduct convictions going back 10 years. The ordinance would not allow applicants’ eviction judgments to be considered if they happened three or more years earlier.

The ordinance also limits how credit screenings are used, including preventing landlords from denying an applicant because of insufficient credit history. The ordinance also caps the amount landlords can charge for a security deposit at a month’s rent.

The council passed an amendment that delays the rules for smaller landlords with 15 units or fewer until Dec. 1, 2020. All other landlords have to comply by June 1, 2020.

Smith, the property manager, said he still had concerns that the ordinance does not specify hate crimes, human trafficking and indecent exposure as exceptions under the criminal lookback. The ordinance specifies that a committee will help implement it, but Smith said it’s unclear how it will work and who will lead it.

Even with the ordinance, landlords can create their own screening criteria, but they would have to consider any supplemental information the applicant provides, such as evidence of job stability, on-time rent payments and reliability. Property owners using their own screenings would have to consider the nature and severity of the incidents and be able to explain why they are denying an applicant.

But landlords said this process would be costly and expose them to lawsuits.