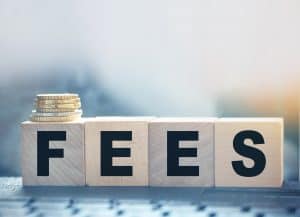 Landlords won’t be able to charge certain applicants a processing fee in a bill that passed the Illinois House.

Lawmakers got heated during the debate over House Bill 3452 on Thursday. State Rep. Anne Stava-Murray’s bill would prohibit landlords from collecting application fees from someone covered by the Emergency Solutions Grant Program.

“This is about taking away arbitrary, unnecessary fees from applicants of this program to remove a barrier to housing and keeping people off the streets,” said Stava-Murray, D-Naperville.

State Rep. Deanne Mazzochi, R-Elmhurst, opposed the bill saying it could create a flood of applicants for a single property.

“On, please, there aren’t hundreds of applicants in DuPage County,” Stava-Murray said. “Have you ever been to the county to see …”

“No, I don’t have enough money to own a building,” Stava-Murray said.

While the measure does not prohibit landlords from conducting credit and background checks on applicants, Mazzochi said such checks cost landlords and they should be allowed to ask for processing fees upfront.

“The point of the bill is to actually help people who don’t have a place to lay their heads at night,” Costa Howard said.

State Rep. Mark Batinick, R-Plainfield, said landlords have been hit hard in the past year with the eviction moratorium that continues because of COVID-19. He said putting more costs on landlords wanting to screen possible tenants could backfire.

“I know a lot of landlords that are like ‘I’m not being a landlord in Illinois anymore, I’m going to other states because of the burdens that are put on the landlord,’ and the net effect of that is that there isn’t affordable housing,” Batinick said. “We need people to want to be landlords, that have to be part of this, it’s balance.”

Despite the opposition, the measure passed 70-43.