Home · Property Management · Latest News · Market Wrap: 2012 Shaping Up to Be a Good Year for Multifamily

Rent growth could approach 7 percent over the next two years 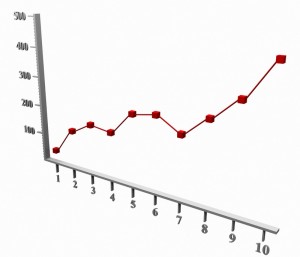 Commercial real estate markets have been relatively flat this year, but improving fundamentals mean a more positive trend is expected in 2012, according to the National Association of Realtors.

Lawrence Yun, NAR chief economist, said there is little change in most of the commercial market sectors. Vacancy rates are flat, leasing is soft and concessions continue to make it a tenants market, he said. However, with modest economic growth and job creation, the fundamentals for commercial real estate should gradually improve in the coming year.

The commercial real estate market is expected to follow the general economy.

Vacancy rates are expected to trend lower and rents should rise modestly next year. In the multifamily market, which already has the tightest vacancy rates in any commercial sector, apartment rents will be rising at faster rates in most of the country next year. If new multifamily construction doesnt ramp up, rent growth could potentially approach 7 percent over the next two years, Yun said.

Construction activity remains low, with 96 percent of respondents indicating that it is lower than normal; 88 percent said it is a buyers market in terms of development acquisitions. Prices are below construction costs in 83 percent of markets.