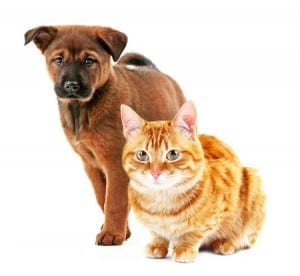 Utah lawmakers are close to passing legislation penalizing renters for lying about owning an emotional support animal, according to reports.

The Utah House has passed the bill to make it a misdemeanor to falsely claim to a landlord that a tenant has an emotional-support animal; it has received favorable recommendation in the Utah Senate.

The bill, HB43, was proposed by Rep. Jim Dunnigan, R-Taylorsville, and makes a clear distinction between service animals and emotional-support animals.

According to Dunnigan, there is no penalty under the current law for a tenant falsely claiming to a landlord that he or she has an emotional-support animal, and this bill changes that.

The bill’s primary function would be to impose criminal penalties on people who seek housing and lie about having a medical need for an emotional-support animal.

Under current state law, people who lie about having a “service animal” can be charged with a class B misdemeanor, but no such penalty exists for “emotional-support animals.”

“They say that it will be used as a deterrent, but our concern is that deterrent, if you want to call it that, is intimidation,” said Roads to Independence Director Andy Curry during a public hearing before the Senate Health and Human Services Committee, according to the St. George News.

Curry suggested that there are alternatives to taking a law enforcement approach, such as awareness training for landlords.

Andrew Riggle, a public policy advocate with the Disability Law Center, also spoke in opposition to the bill.

“As part of our fair-housing work, the DLC takes hundreds of calls and represents hundreds of clients every year facing barriers to their ability to live independently,” Riggle said, according to the newspaper.

“Clients with support animals are people with debilitating anxiety, PTSD, postpartum depression, bipolar disorder or severe depression,” he explained. “These people need their support animals so badly that many of them would be unable to live independently without (them).

“These people, real people with disabilities with real needs, face denials of their requests for accommodation every single day.”

Riggle said people making fraudulent claims about service or support animals are “exceedingly rare” in the experience of the Disability Law Center, arguing that legislation of this nature would just serve as yet another barrier to these people seeking living accommodations.