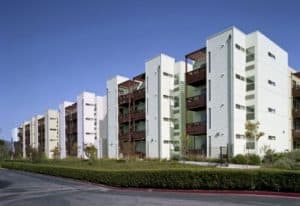 The share of income needed to afford housing continues to climb, driven largely by the fact that incomes are not keeping up with the rising cost of housing and, in the case of mortgages, rising interest rates. For people who make less money, it’s a big stretch – and in some markets, impossible – to afford even lower-priced housing on their own.

Mortgage affordability – the share of median household income needed to afford the monthly mortgage payment on a typical U.S. home – reached 17.5 percent in the second quarter 2018, up from 15.4 percent a year earlier and higher than it’s been in nine years. It remains well below the historical average of 21.2 percent, in part because – despite recent rises – mortgage rates remain lower than historic norms.

It’s bound to worsen as home values and mortgage rates continue to increase. Rising rates also can lead homeowners to hold onto their property longer than they might otherwise because they don’t want to face the higher rates that would come with a move – a phenomenon called mortgage rate lock-in that could reduce already-tight inventory for buyers.

Renters have it worse: They pay a far greater share of their income for housing – 28.4 percent in the second quarter, well above the 25.8 percent renters spent historically. The good news is that rent affordability has eased a bit as rent growth has slowed and rents have even declined somewhat in a handful of markets; it was 28.9 percent at the same time last year.

For a household earning the median U.S. income of $60,748 in the second quarter, the difference between spending 17.5 percent of it on the typical mortgage ($10,631 a year) and 28.4 percent for the median rent ($17,252) comes to $6,621 – roughly the amount the U.S. Department of Agriculture says a thrifty family of four with young children should spend on groceries. All incomes for this analysis are before taxes.

Housing affordability is especially problematic for households at the lower end of the income spectrum.

As of Q2 2017,[1] households making the lower third of income nationally could expect to pay 23.9 percent of their income on a mortgage for a home valued at the median of the bottom third of all homes nationally, up from 20.8 percent in the second quarter 2016. Upper-third earners paid just 12.9 percent for a high-end home, up from 11.7 percent.

Again, renters have it worse – and particularly lower-income renters, who in the second quarter 2017 paid a staggering 62.7 percent of their income for a median rental in the bottom third of rents nationally, down slightly from 62.9 percent a year earlier.

In 17 of the country’s largest 35 metros, the ratio is even higher. In notoriously pricey Los Angeles, New York, and San Jose, the median lower-income household cannot realistically afford even the median low-end rental: Median bottom-tier rents in those markets require an impossible 121.2 percent, 102.9 percent and 99.8 percent of their income, respectively. This means lower-income renters in these areas will need to apply for housing assistance, find one or more roommates and/or take on a second or third job to make ends meet.

Even typically more-affordable markets not historically out of reach now require a significant chunk of low-income renters’ dollars for even for the most affordable rentals. In Chicago, it’s 69.3 percent. In Houston, 66.1 percent. In Philadelphia, 65 percent.

Renter households in the top-third of income earners paid far less – 20.3 percent – of their income for a median rental in the priciest third of rents in the second quarter 2017. That’s up slightly from 19.8 percent a year earlier.

The least affordable market for high earners is also Los Angeles, but for them, that means “just” a 30.2 percent outlay of income for a higher-end rental, a 91 percentage point difference from lower-income households renting lower-end rentals.

Even for higher-income earners, exceeding that 30 percent threshold can be problematic. Experts say people should not spend more than 30 percent of their income on housing – mortgages or rents.

But some have no choice.

In fact, almost half (49.6 percent), of renting households nationwide, or 20.3 million, pay more than 30 percent of their incomes on rent.[2] Paying more than 30 percent of income on housing costs means less income available to afford everyday expenses like groceries and gas – let alone curveball expenses like a medical bill, car repair or even something as simple as a parking ticket.

According to earlier research, among renters paying more than 36 percent of their incomes on rent, 60 percent report they have no savings at al,. In many ways, they are at the mercy of their next parking ticket or medical bill. They’re also forced to make difficult decisions:

[1] The most recent date for which data on the distribution of household incomes are available. [2] According to an analysis of 2016 ACS microdata made available by IPUMS