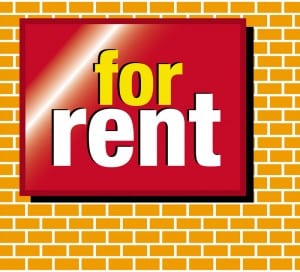 The lawyer for an elderly landlord in North Kingsville, Ohio says that ordering his client to pay over $100,000 in fines and attorneys fees for alleged discrimination amounts to extortion.

That’s because here, the alleged victims are imaginary.

According to a news report, the local housing agency sent a tester to the rental property as part of its routine research on whether housing discrimination is “systemic” in the community. A tester, posing as a scripted character, asked the landlord about keeping a companion animal. The landlord, unfamiliar with the rules, said she required a $100 deposit.

After the landlord failed that test, the agency sent out a second tester, this time to inquire about children in an upstairs unit.

Prosecuting landlords over statements made to testers has had landlord attorneys crying foul for sometime now. First, there’s the issue of entrapment, and the objectiveness of the tester’s testimony. Then, there’s the blanket assumption that the landlord would treat all tenants the way the tester was treated, without consideration for the fact that the individual tester may have said or done something that raised red flags about their appropriateness as a tenant.

However, in most cases, landlords opts to pay the fines and avoid protracted litigation.

In this case, the landlord is fighting back.

Her attorney told reporters he is angry that the damages are owed to the agency itself, not to any actual victims. He says because the applicants didn’t exist, no one was injured. Rather than prosecuting, he says the agency could have pointed out the mistakes to the landlord, and provided her with educational materials or required training to avoid any actual hardship to tenants protected under the fair housing laws. Instead, he says, they targeted her — going back with testers a second time, and turning the case into a “cash cow”.

According to the report, the attorney asked the agency for copies of any brochures explaining the newly developing rules on companion animals, but the agency had none. He continues to maintain that those rules are so ambiguous they are unconstitutional.