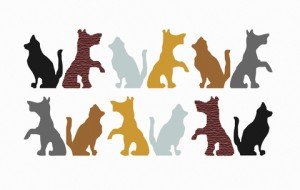 After a Maryland court decision that made landlords liable for pit bull injuries, lawmakers have vowed to change the rules.

According to a news report, Maryland State Senator Frosh, who has served on a committee tasked with reviewing pit pull legal cases, will lead the way in tempering the breed-specific rule after ample pressure from dog-rights advocates.

Frosh, along with Delegate Luiz Simmons, has promised to introduce a more balanced measure that would end the strict liability rule in cases where there was no prior knowledge of the animal’s dangerous propensities, bringing Maryland back in line with most other states.

In a landmark decision in 2012, the state’s appellate court held that landlords can be liable simply for allowing the pit bull on the property, labeling pit bulls an “inherently dangerous” breed. The case involved a vicious attack on a 10-year-old boy.

However, activists rallied, claiming that breed-specific rules do little to avoid dog bites, and only drive up insurance and other costs.

So far, Maryland’s General Assembly has failed to counter the court’s decision. According to the report, several attempts were made to balance the rights of victims and owners, but no solution could be reached.

Frosh told reporters he is optimistic lawmakers will succeed this year in enacting a law that is fair to everyone, including gentle pets who cause no harm.