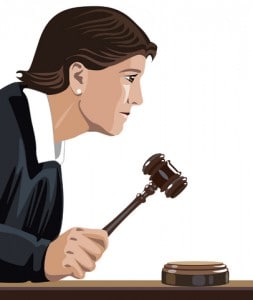 Two Athens, Georgia landlords are heading back to court to contest a controversial city ordinance that requires area landlords to obtain signed “education forms” from every tenant.

This case went to trial court last year.  The judge sided with the landlords in finding that the law violated landlords’ equal protection rights, because it applied only to those landlords who owned 10 units or less. As written, the ordinance effectively exempts the local university from the reporting requirement even though a city official claimed that the intent behind the ordinance is to educate students regarding city rules and services.

The judge found no credible reason why larger landlords should be exempt from the requirement.  At the same time, he determined that the rest of the ordinance was valid and could be enforced with changes.

The city began to enforce the ordinance with respect to larger apartment complexes, and recently filed new charges against the landlords.

The two are appealing the judge’s decision in the hope that an appellate court will find the entire ordinance unconstitutional and toss it out.  They also argue that the ordinance requires them to break state privacy laws, and punishes landlords if tenants refuse to comply.

Athens was the site of a similar battle a few years ago when the city passed a zoning restriction which required all landlords to file reports on tenants  indicating whether they were single or married.  The law was designed to keep unmarried people, many of whom were students, from renting homes in established neighborhoods.

That law prompted the state legislature to pass a bill prohibiting any city in Georgia from requiring landlords to obtain such private information.  The bill included a provision prohibiting rental property inspections unless the city found reasonable cause to believe there was a safety hazard on the property.

With AAOA, landlords have resources at their fingertips.   Check out our Helpful Links page.