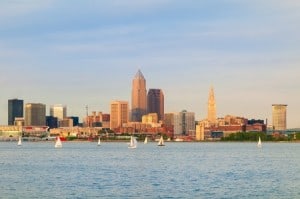 EAST CLEVELAND, Ohio – Two large Northeast Ohio landlords are suing the city of East Cleveland over a sharp occupancy-fee hike that they characterize as an illegal cash grab.

At a public meeting in June, East Cleveland City Council approved legislation to increase the city’s annual fee for rentals from $10 to $100 a unit. That means a landlord who has been paying $2,600 a year in city occupancy fees for a 260-unit building now must pay $26,000. The payments are due by mid-January. Landlords say they recently became aware of the change.

Now the K&D Group and PK Management are challenging the city’s move. In a lawsuit filed Thursday in Cuyahoga County Common Pleas Court, attorneys for the apartment owners and managers argue that East Cleveland can’t justify charging $10 a unit – much less $100.

The payments, the landlords say, are an unconstitutional tax masquerading as a fee. East Cleveland, meanwhile, points to its dire financial situation and characterizes the increase as a necessary part of the city’s attempt at a financial turnaround.

Judge Shannon Gallagher has scheduled a hearing for Jan. 3.

The case begs the question of whether East Cleveland – which lost an almost identical legal fight in the 1980s – can prove that it’s providing enough services to justify a fee on rental properties.

But the litigation also points to a broader issue. Municipalities across the state are grappling with litigation and threats tied to disputes over where cities’ rights to regulate – and inspect, and levy fees – end and where private property rights begin.

“There’s been a lot of weirdness around this right now, and I feel like there’s something brewing,” said Sally Martin, housing director for the city of South Euclid, which has its own fees tied to rental properties, inspections and vacant homes.

East Cleveland, it appears, could have a tough time making its case.

City Council meeting minutes and other documents indicate that the cash-strapped city sees occupancy fees on rental housing as one way to shore up its finances. Anticipated gains in occupancy fees are listed as an element of the city’s fiscal recovery plan, generating a net gain of $153,980 a year starting in 2018, according to a document provided by the law department.

Willa Hemmons, the city’s law director, said the heightened fees are justified under the “home rule” provisions of the Ohio constitution, which give municipalities power and flexibility to self-govern when it comes to items that aren’t specifically addressed in state law.

“These landowners and landlords make money off of the citizens of East Cleveland, yet they pay just a pittance in return,” Hemmons said during an interview.

In a court filing, attorneys for the landlords described the fee as an “illegal, arbitrary and unreasonable tax disguised as a license fee.” They point to case law that shows that license fees should have a relationship to public spending on whatever is being licensed. In other words, the city must show that servicing, inspecting and licensing rentals supports a $100-a-unit fee.

“They don’t even paint the lines on the streets anymore,” Price said of East Cleveland. “It’s a fundamental thing. You can see what happens when government ceases to work. There’s just nowhere to go. Slowly, the city will cease to exist. It’s happening before our eyes.”

K&D, based in Willoughby, owns thousands of apartments and pays occupancy fees in other Northeast Ohio cities. So does PK Management, a South Carolina company with an office in Richmond Heights. In East Cleveland, the company owns a 420-unit building called Forest Hill Terrace and a 260-unit building calls Owl’s Nest. It’s unclear whether tenants in those and other apartment buildings in East Cleveland would face rent increases if the fee hike is upheld.

In an early response to the landlords’ lawsuit, East Cleveland claims that the $100 fee is comparable to what nearby cities charge. But interviews with officials in those municipalities – East Cleveland specifically mentioned Cleveland, Euclid, Cleveland Heights, South Euclid, Shaker Heights and Bedford – indicate otherwise.

For buildings with four or more units, Bedford charges $20 per apartment for its annual rental license. Euclid and Cleveland charge $35. Cleveland Heights charges $200 for the first unit, $50 for the second and $25 per unit after that, with a cap of $1,225 per property. Shaker Heights requires $45 per unit for larger buildings, which the city inspects every three years.

South Euclid, which once won a court fight over its rental registration fees, charges $200 for a single-family rental and $150 for each additional unit in a building. But the annual fees are capped at $3,000 per property. When challenged in court, Martin said, the city has been able to point to its inspection programs and other justifications for the costs.

“This is an East Cleveland issue,” said Ralph McGreevy, executive vice president for the Northern Ohio Apartment Association, an organization that represents nearly 500 businesses in the rental-housing industry. “Other places where they have a fee, they have a service that goes along with that, that’s commensurate with the expense of the fee.”

The apartment association isn’t a party in the case against East Cleveland but is working behind the scenes on behalf of landlords including PK Management and K&D. McGreevy seems confident that the $100-per-unit fee will get thrown out.

“It’s a fairly vile attempt to cripple a business,” he said.

On Friday, Judge Gallagher denied the landlords’ request for a temporary restraining order that would have prevented East Cleveland from enforcing the increased occupancy fees. Such a restriction isn’t necessary, she wrote, since the payments aren’t due until Jan. 15. But she told East Cleveland that the city can’t go after landlords – the law outlines possible fines and jail time for companies that don’t pay – until after that mid-January deadline passes.

At a time of heightened private and political pushback against government regulation, Martin and other public officials expressed concern about how the East Cleveland case might impact property registration, inspection and licensing programs in other cities.

“We don’t want to see a city lose on this. But I supposed they lost before,” she said, referencing the 1980s litigation, “and it didn’t hurt. … I just have this feeling that this year’s going to be a bad year for these kinds of challenges. I think people are going to come out of the woodwork. They’re emboldened.”