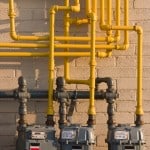 In 2010, the eco-friendly town of Boulder, Colorado passed an ordinance requiring all rental property owners to obtain an energy audit, and to make any suggested improvements to the energy efficiency of their rental properties. The rules were dubbed SmartRegs.

Now, the city is reporting that local landlords collectively have spent over $1 million dollars to date to comply with the SmartRegs.

According to the report,  the city is ahead of schedule in audits and updates. The goal is complete compliance by 2019.

Landlords whose rentals licenses are coming up for renewal must schedule the SmartReg inspection, at a cost of $120. From there, the landlords are directed on energy updates using a points system. Upgrades may include anything from light bulbs to appliances to remodels.

Of the roughly 1,200 units inspected, about 880 have been approved, according to the report.

Landlords protested the rules as they were initially contemplated by the city. However, some financial incentives became available–through the local utility company, energy programs and rebates, so many landlords upgraded early in order to save money overall. The average repair bill for landlords was about $2,100, and with incentives, about $1,400. The highest reported bill was $14,000, according to the report.

Boulder is home to the University of Colorado, and nearly one-half of all housing in the city are rental properties. There is no word what, if any affect the SmartRegs have had on the local economy in Boulder, or whether compliance with the program has had any impact on average rents.