What started as a wiffle ball game has snowballed  into a Fair Housing prosecution. 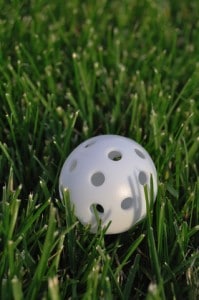 A landlord, its property management company, and an individual property manager are now in legal trouble over their handling of an outdoor common area surrounding a Massachusetts apartment complex.

Among the infractions: fining parents for children who play wiffle ball outside on the lawn, retaliating against the families for filing a complaint with a local discrimination authority, and planting trees in the middle of a play area to limit the access by children.

The government alleges that, in tandem, these actions violate the Fair Housing Act and state civil rights legislation.

According to the complaint, at least one adult resident complained that watching children playing ball in the yard made her “feel like we are living in the projects.”

House rules prohibited “organized sports” or other activities that “may cause noise”, including gatherings of more that 10 people.

Acting on the resident complaint, the property manager warned the parents to rein in the kids.

What followed were more attempts to limit the children’s access to the common areas, including designating a field in the back of the complex as the only appropriate place for recreational activity. The field is surrounded by woods on two sides and is a distance from most of the units, making it difficult for parents to supervise their children there.

The property manager also sent out memos, and allegedly took photos of children playing.
When the childs’ play continued, the parents received letters alerting them they were being fined:

$10 per day for children playing on the common;

The attorneys fees were for writing the letter advising of the fines.

Upon investigation by a local housing authority, it became clear that parents were the only tenants being fined over common area infractions.  The investigation revealed that adults who hosted gatherings with more than 10 guests were not fined, nor had any other tenant been subject to the attorneys fee claim.

After a hearing on the discrimination claim by the local authority, the property management company attempted to charge the tenants the $1,000 of attorneys fees it incurred defending the claim.

The case was then referred to the Department of Justice for prosecution.  The government is seeking an injunction against future discrimination, reimbursement of the tenants’ monetary damages, and a civil penalty to deter similar behavior.