Home · Property Management · Latest News · Why Are Landlords in Some of the Priciest Cities Offering Freebies? 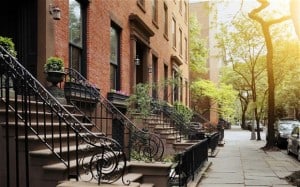 Renters in some of the most exorbitantly priced U.S. cities are beginning to get a bit of much-needed relief.

Manhattan rents have spiked to such highs that more and more landlords are throwing in major perks—like, say, a free month—to keep tenants from fleeing to cheaper neighborhoods in the wilds of Brooklyn, Queens, or (God forbid) Staten Island. Meanwhile, a flurry of new construction in downtown Denver has pitted property owners against one another as they compete for choosier residents.

About 16.4% of January’s Manhattan rental transactions included some sort of concession, aka freebie, to lure in tenants—up from just 8.5% a year earlier, according to the monthly Elliman report. That was due, in large part, to median monthly rents in the Big Apple hitting a paycheck-demolishing $3,350 last month. (It was a still-bruising $3,299 a month a year earlier.)

Landlords will often offer more incentives in the cold, winter months when vacancy rates are higher, says Jordan Cooper, a real estate broker at Manhattan’s Cooper & Cooper Real Estate. The extras will then disappear in the spring through the fall, when new dwellers descend upon the city.

One reason for the invasion of the freebies: The vacancy rate is actually rising in the City That Never Sleeps. It hit 2.82% last month, up from 2.43% the prior year, according to the Elliman Report.

“With interest rates near all-time lows, people are taking a serious look at renting versus buying,” Cooper says—and it might make more financial sense to buy.

Denver-area landlords are also turning to concessions to fill apartments—particularly downtown, where there’s been a spate of residential construction, says Nancy Burke, vice president of government and community affairs at the Colorado Apartment Association.

About six months ago, she began to see property owners offering perks like a few weeks of free rent, as well as amenities like bicycle maintenance stations and, yes, rooftop dog runs.

Roughly 6.1% of Denver landlords were offering discounts and concessions at the end of last year—down from 7.9% as of Sept. 30, according to an Apartment Association of Metro Denver report. Meanwhile, rental vacancy rates were at 6.8% at the end of 2015, up from 5% in the prior quarter.

But the report doesn’t include many of the brand-spanking-new apartments that are being listed for the first time, says Burke. She speculates the vacancy rate is actually much higher.

Agents in other through-the-roof expensive areas, like Los Angeles and San Diego, aren’t seeing property owners offer extras, as there are no shortages of wannabe tenants.

But landlords in San Francisco, where housing prices have reached mind-boggling heights, may soon have to woo residents, as more newly constructed apartment buildings come online.

However, he recently saw a new building in an up-and-coming area offer a free month’s rent to prospective tenants. Rents for one-bedroom apartments in the roughly 150-unit building range from $3,200 to $3,300.

“That was the first time we’ve seen that in years,” Goss says.