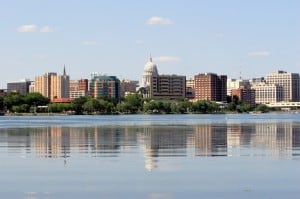 The City Council in Madison, Wisconsin is furthering the trend by requiring landlords to get out the vote.

According to local news, the City Council is pushing forward a measure that would force landlords to hand out voter registration forms to tenants — at their own expense.

It appears the hope is to gain more student votes, based on the timing, and the high concentration of student rentals in the city, according to the report.

Many landlords object to the move because this law is so far outside the zone of housing issues.

The measure may be in response to the state’s having passed new voter ID requirements which will limit voting registration nearer to the election.

A spokeswoman for a local apartment association decried the proposed law because it will bring more costs to landlords, who apparently are responsible for printing the information to be distributed. She denied that any opposition is based on partisan politics.

The rule could go into affect as early as August, just as students are returning from summer break.

If passed, landlords would need to include voter registration forms, and an information sheet describing how to register, to the list of documents that must be provided to tenants at leasing. The forms are available to download and print from the citys website, according to the report.

One of the nine sponsors of the bill told reporters she got the idea from a Young Elected Officials Network event she attended recently in Washington, D.C.