Landlords On Board with Social Host Ordinance 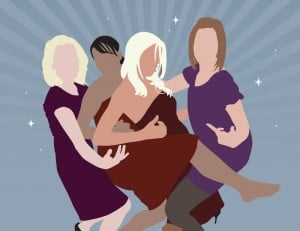 Eugene, Oregon police appear to have won over landlords in the city’s most recent attempt to curb complaints over disruptive tenants.

Their success is owed in large part to how the message was conveyed.

According to a news report, the police had scheduled a training seminar several weeks ago for landlords looking for ways to rein in problem tenants. Meanwhile, Eugene City Council moved forward a ‘social host’ ordinance which requires landlords to rein in tenants cited for rowdy behavior.

When the scheduled training rolled around, it coincided within a day of the city council’s actions, so landlords were able to discuss the new law at length with police, according to the report. The police told landlords they did not view the law as being aimed at property owners.

Under the new ordinance, a landlord is notified if a tenant is cited for violating the social host laws. At that time, police “ask” that the landlord send a letter to the tenant demanding compliance with the lease, and the law.

One of the bill’s sponsors reaffirmed that the measure is not meant to punish landlords, but rather to encourage landlords to help police.

Area landlords told reporters that, so far, they have a favorable impression of the new measure, and value the fact that the police are asking for help rather than issuing threats — or fines.