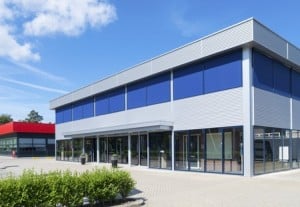 Retailers fear that temporary closures to slow the spread of COVID-19 might turn permanent, if a drop in sales mean they cannot pay their bills. Most national retailers have already sent letters to their landlords requesting a deferral of rent until June 30, and with razor-thin profit margins, small retailers may be even more at risk, said Katy Welsh, senior director of retail services at Colliers international, a Canada-based global commercial real estate services firm.

In response, many landlords are granting temporary moratoriums on rent, a move that could help businesses survive economic disruption. Landlords are largely responding to tenants with flexibility, knowing that this is a no-fault situation, said major landlords and real estate advisers.

“Landlord groups are all having meetings trying to determine how to handle this,” said Welsh. “More than likely, the landlords are going to go along with it. They will have to in some fashion because tenants simply can’t pay rent.”

Payment arrangements vary but landlords typically defer payments for 90 days. Some landlords are letting tenants tack payment on to the end of their lease to be paid at its expiration, while others are setting up systems for tenants to pay off deferred rent incrementally, according to Shimon Shkury, president of New York City-based commercial real estate services and advisory company Ariel Property Advisors.

“It is clearly nobody’s fault that businesses need to shut down, and at the end of the day, if businesses do not have revenue, they will not be able to pay rent,” said Shkury, adding  that because businesses are all in the same situation, evicting a defaulting tenant might simply mean an empty storefront.

Real estate investors emphasized that short-term delays on rent are meager compared to the income from long-term relationships — lease terms are typically for 10 to 15 years.

“No landlord wants to lose a tenant unnecessarily. It is important to forge relationships with your tenants, and if landlords are there for their clients now, the tenants will be there for the long-term,” said Zain Jaffer, founder and chief executive officer of Zain Ventures, a global investment firm with over $100 million in assets under management, including commercial real estate holdings nationwide.

In the worst case scenarios, where landlords are eager to collect rent from retailers impacted by the coronavirus, legal experts agree that judges will be loath to issue evictions.

Landlords in a difficult position

But for landlords, rent relief is not necessarily as simple as deciding to have compassion. In addition to loss of income, most landlords rely on rent payments to pay for the mortgage on their properties. Without rent payments, landlords could default on their loans and lenders have not yet issued guidance on mortgage flexibility.

“Lenders are typically slower to react. In this case, I hope they are faster because a fast reaction is needed,” said Shkury, who said that lenders might be willing to delay payments for a longstanding client but might be less likely to recast a loan more dramatically.

The ultimate solution, said Shkury, is for the state and federal governments to support lenders through temporary monetary relief or long-term incentives for offering flexible loan payments, in order to create a lasting solution that doesn’t leave landlords in a difficult position.

Governments have not released comprehensive relief mandates, but some state and local governments will require commercial landlords to be flexible with tenants who cannot pay rent as their stores remain closed during the coronavirus outbreak.

New York and California have banned commercial evictions, alongside Seattle, Miami-Dade County and Chicago’s Cook County, which has shuttered its courts thereby also suspending evictions. Other local governments, including Philadelphia, are offering grants and low-interest loans for struggling businesses.

The National Retail Federation has asked President Donald Trump and other elected officials for a government-backed loan program for retailers, citing the burden of rent and loan payments in a letter sent March 18.

“We are in uncharted territory, but we have seen something like this before. After 9/11 and in 2008 — it has always been in everyone’s best interest to work together. It is clearly nobody’s fault that businesses need to shut down, and at the end of the day, if businesses do not have revenue, they will not be able to pay rent,” said Shkury.