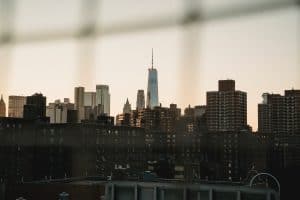 NEW YORK (Reuters) – Landlords are not liable under the federal Fair Housing Act for ignoring tenant-on-tenant racial harassment in their buildings, a sharply divided federal appeals court ruled on Thursday.

In a 7-5 vote, the 2nd U.S. Circuit Court of Appeals in Manhattan said landlords cannot intentionally discriminate against tenants based on race, but lack sufficient control over tenants to be held responsible when one tenant harasses another.

The majority said requiring landlords to do more would make the landlord-tenant relationship more like an employer-employee relationship, result in “considerable uncertainty” over how closely landlords must police tenant misbehavior, and add costs for renters.

“Our decision today coheres with the aims of those who are concerned about mounting housing costs for renters and increasing risks of housing loss for some of the most vulnerable among us,” Circuit Judge Jose Cabranes wrote.

Thursday’s decision comes amid a global pandemic that has left many landlords struggling with eviction freezes and tenants unable to pay rent, and coincides with growing incidences of and efforts to stop racial violence and harassment.

The case was brought by Donahue Francis, a Black man living at the Kings Park Manor senior residence in New York’s Suffolk County.

Francis said the landlord Kings Park Manor Inc did nothing while his neighbor harassed him several times in 2012 for being Black, including with racial insults and a death threat.

The neighbor later moved out and pleaded guilty to a harassment charge.

Circuit Judge Raymond Lohier dissented, saying the decision would harm those “most in need,” including perhaps by making it harder to stop tenant-on-tenant sexual harassment.

Gregory Lisi, a lawyer for the landlord, welcomed the decision. “The dissent’s position would cause landlords, who have been in really bad shape during this pandemic, a fortune to police something they have absolutely no control over,” he said.