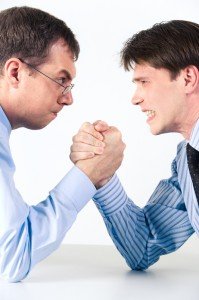 Officials in Westminster, Colorado, a large suburb of Denver, sparked a controversy with landlords by proposing a new rental law that requires landlords to help tenants register to vote.

Specifically, any landlord who holds a rental license would have to supply a form approved by the Secretary of State to each new tenant. Landlords will be asked to also supply a form “welcome” letter from the City of Westminster.

In a news report, the city’s mayor calls the measure a “pain-free” way to improve voter turnout, and a tenant touts the measure as a courtesy to those residents who move frequently and have trouble figuring out how to register.

However, providing this “service” is not voluntary: landlords who fail to dole out the forms can be fined — as much as $2,500 according to the preliminary version of the bill.

The law would be unique in Colorado; however, a similar measured passed in Madison, Wisconsin in 2012. That law was later reversed.

Now that the measure has passed the first reading, and apartment owners are speaking out. A landlord and a city councilmember who oppose the bill both argue that it is the role of government, not private citizens, to facilitate voter registration. The councilmember also opposed punishing landlords who innocently forget to hand out a voter form.

In a letter presented to the council from the city manager states that the ordinance is intended to notify new tenants of licensed rental units of Colorados voter registration process. The requirement is intended to increase the number of renters who register to vote by increasing knowledge of the voter registration process and making it easy to register. Historically, renters as a group are less likely to register to vote than homeowners. Conservative groups say that same demographic tends to be liberal politically.

The city estimates there are 11,286 professionally managed rentals, mostly corporate-owned, and another 1,247 single-family, duplex or triplex units that tend to be owned by individuals. These rentals must be licensed, a move that officials say will make it easier to implement and oversee the voter registration law.

The proposed ordinance set July 1 as the effective date, which the city manager says would have provided plenty of time to notify landlords of the requirement, and for them to get up to speed.  That would also mean that tenants could register in time for the upcoming November elections. Addressing allegations that the law is politically motivated, the mayor responded that the effective date of the bill likely will be delayed to January 1.

The measure is set to be reviewed again on May 12.