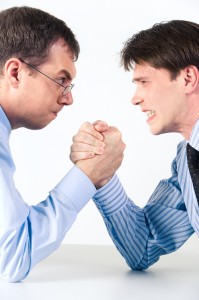 Landlords were handed a victory by an appeals court in Minnesota that determined a city’s aggressive rental housing inspection program may be discriminatory.

The landlords earlier filed a lawsuit over the onerous building inspection program that forced some of them out of business, and made affordable housing in St. Paul a thing of the past.

In 1993, the city of St. Paul passed a Housing Code that encompassed typical safety issues. A few years later, the city created The Department of Neighborhood Housing and Property Improvement to oversee the housing law.

At first, enforcement of the Housing Code was conducted with cooperation between landlords and city officials. For instance, landlords who were being investigated may have received a Progress Report or participated in sit-down meetings to discuss problems.

Beginning in 2002, the directorship of the Department changed, and so did the focus of the program. According to court documents, the new Director was known to “favor owner-occupied housing over rental housing for the sake of the neighborhood.”

During his tenure, the new Director significantly increased the level of enforcement targeted at rental properties. For example, in addition to investigating complaints, inspectors were told to conduct “sweeps” of rental properties, and were instructed to “code to the max” which meant inspectors were to write up every violation, not just those reported, and were to investigate and write up all nearby properties.

The Department also created a system designed to increase the number of complaints received. The Director indicated that his goal was to increase revenues for the Department to $500,000 to cover the costs of the program.

To achieve its objectives, the Department employed a variety of strategies for renter-occupied dwellings, including orders to correct or abate conditions, condemnations, vacant building registration, fees for excessive consumption of municipal services, tenant evictions, real-estate seizures, revocations of rental registrations, tenant-remedies actions, and court actions. It coordinated its efforts with the St. Paul police and an assistant City attorney.

In addition, the city used a procedure known as Code Compliance Certification to require rental properties to meet current housing and building standards. The judge hearing the appeal describes this procedure as “unclear”, but it appears that the city required rental property owners to acquire Code Compliance Certification if a property was remodeled, deemed a “dangerous structure”, a “nuisance building”, or was vacant.

The common complaint raised by landlords was that the city issued false Housing Code violations and punished property owners without prior notification, invitations to cooperate, or adequate time to remedy

Over time, a trend began to emerge in the targeted properties, according to the landlords. They say investigations tended to focus on low-income tenants, a large percentage of whom were African-American. In fact, in one instance, a landlord reported that a building inspector made a flippant, derogatory remark about African-American tenants.

The landlords contend that as a result of the tactics of the city, affordable housing opportunities virtually disappeared as more and more rentals were condemned, and more landlords sold their properties rather than pay for extensive repairs.

The trial court that heard the case did not address many of the specific details of this claim, including the fact that a city inspector allegedly made derogatory remarks. The appeals court attributes this omission to the fact that the documentation submitted in the case was too overwhelming–thousands of pages, and the landlords themselves may not have brought it all to the judge’s attention. The trial court found for the city and dismissed the landlords’ claims that the onerous regulations were discriminatory

The appeals court, however, saw a possible direct link between the city’s actions and the lack of housing options for minorities in St. Paul:

The ity represented in its 2003 report to the U.S. Department of Housing and Urban Development (HUD) that the lack of affordable housing opportunities remains a major issue facing many Saint Paul lower income households, who are also protected class members, and that 27.6% of Saint Pauls lower income residents cannot find adequate affordable housing in the City. Then, in 2005, the City estimated that 32% of the households in St. Paul had unmet housing needs (cost burdens, overcrowding, etc.).

St. Pauls aggressive Housing Code enforcement practices increased costs for property owners that rent to low-income tenants. Appellants produced at least six affidavits describing the toll that the citys aggressive Housing Code enforcement took on their rental business. They reported a substantial increase in costs, resulting in evictions for tenants and forced sales of their properties in some cases. These allegations are corroborated by an internal memorandum from the citys fire marshal in 1995 concluding that the Housing Code was more strict in regard to 82% of the examined categories.

Documents from the city and the Public Housing Authority acknowledged that any decrease in federally assisted rental housing would reduce the amount of affordable housing in the city. Those predictions were supported by the citys Vacant Buildings Report, which showed that the number of vacant homes listed in the city rose from 367 to 1,466 between March 2003 and November 2007, which was a nearly 300% increase. The landlords submitted affidavits from three tenants who alleged that they endured hardship when their homes were condemned for minimal or false Housing Code violations.

The appellate court also offered what could be interpreted as guidance to the landlords regarding how to effectively present their evidence and better support their claim the second time around.