Landlord Ordered to Advertise on Craigslist 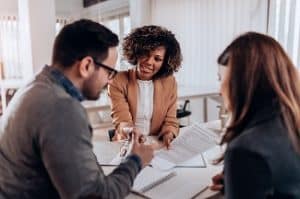 A Mineola, New York landlord and property manager have agreed to pay $165,000 to settle allegations they discriminated against minorities.

ERASE Racism, a fair housing advocacy group and one of the agencies bringing the claim, says it found “compelling evidence” that African American applicants were being denied housing choices because of race.

In addition to the damages award, the landlord and manager have agreed to make substantial structural changes to rental operations at the apartment building.

Testers were sent to the apartment buildings on multiple occasions. According to the housing agencies, each test revealed “troubling and significant discrepancies” between the welcoming responses received by white testers and the discriminatory actions endured by African American testers who inquired about one-bedroom apartments for rent. A lawsuit was filed at that time.

The settlement mandates that the landlord and property manager take steps to prevent future discrimination, including employee training of the owner, building superintendent and other employees and agents involved in showing and renting apartments; record keeping of vital documents, including rental applications and denials; and proper advertising to ensure adherence to fair housing laws.

The settlement grants one housing authority the power to examine records to help ensure compliance until the year 2017.

Also, all future apartment vacancies must be advertised to the public on Craigslist.

To promoting fair housing, the settlement requires that HUD Equal Housing Opportunity notices are posted at the property and visibly rendered on all rental applications.