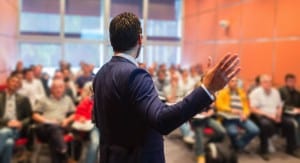 A lawsuit filed by a local landlord group seeks to stop Omaha’s new rental registration and inspections program from taking effect in January.

The Metropolitan Omaha Property Owners Association sued the City of Omaha in federal court last week over its attempt to crack down on lax landlords and rental properties with housing code violations.

The association wants a five-month-old city ordinance — a measure motivated by the evacuation of 500 refugee tenants from the Yale Park Apartments last year — overturned.

In a tight 4-3 vote in April, the City Council approved the ordinance, which requires landlords to register their properties with the city starting in January 2020 and ramps up inspections of problem properties with unresolved violations. By 2022, most properties face mandatory inspections once every 10 years, with inspections staggered over time.

The landlord group, known as MOPOA, said in its court filing that requiring rental registrations and inspections violates and bypasses the consent decree the city and MOPOA entered into in 2015.

That consent decree settled a two-year lawsuit on behalf of landlords by overhauling the city’s housing code enforcement and requiring specific complaints to be filed before the city can enter and inspect properties.

Mandatory inspections of most properties, whether or not a housing complaint has been filed, circumvents that requirement, MOPOA argues.

“As time has passed since the entry of the consent decree, the City has increasingly ignored, violated, and sought to undermine, circumvent, and thwart the protections, due process requirements, and safeguards of the consent decree and reverted back to its previous code enforcement practices, which were unlawful, discriminatory, and abusive,” the lawsuit reads.

In 2015, Deputy City Attorney Alan Thelen said the consent decree covers only the items spelled out in the settlement agreement, and wouldn’t preclude other changes to city law, such as a registration and inspection ordinance.

MOPOA is asking a judge for an injunction to block the ordinance from being implemented. Similar lawsuits have been filed in other cities with inspection programs, with mixed results.

City Council members Ben Gray and Pete Festersen, who voted for the ordinance, declined to comment Tuesday, saying they needed to learn more about the lawsuit. A city attorney hadn’t seen the lawsuit yet.

Members of community group Omaha Together One Community, which for years has pushed for more oversight of rental properties, said MOPOA should work with groups trying to improve Omaha’s housing stock, instead of filing more lawsuits.

MOPOA also sued the city in August over its Vacant and Abandoned Property Ordinance, a measure aimed at motivating owners of abandoned properties to repair or sell them.

“Yale Park was the inevitable result of a complaint-based system and a consent decree that caused inspectors to wear blinders, and only look at units in which tenants filed a formal complaint,” OTOC’s housing action team said in a statement.

OTOC pointed out that the Nebraska Supreme Court upheld a similar registry and inspection program in La Vista after landlords challenged it.

At lengthy council hearings before the ordinance was passed, advocates on both sides of the issue squared off.

Some landlords believed the inspections and registry, which require fees, would be expensive for property owners and intrusive to tenants. Others, including several landlords, lobbied for more regulation of landlords who were allowing their properties to decline, possibly jeopardizing the health and safety of tenants.