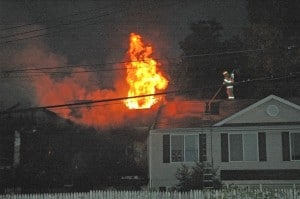 A landlord accused of knowingly violating New Jersey’s fire code before a 2016 blaze killed a woman and her granddaughter has been sentenced to three years in prison.

NorthJersey.com reports that Superior Court Judge Christopher Kazlau said 61-year-old Gary L’Heureux made what the judge called a “greedy” choice not to keep the Little Ferry home up to code before the August 2016 blaze.

L’Heureux pleaded guilty to lesser counts of violating the New Jersey fire code and causing injuries to the surviving tenants.

Defense attorneys pleaded for leniency Friday and sought a sentence of probation, but the judge said L’Heureux was responsible for the lack of a fire escape, smoke alarms and self-closing doors that could have spared the victims.

He said the message to landlords and the public was “Spare no expense when it comes to safety.”