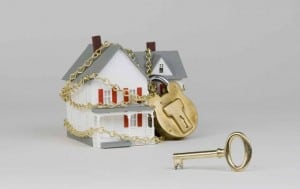 A judge on Tuesday postponed the eviction of hundreds of residents of low-rent homes owned by HMK Ltd., pending a hearing Oct. 24 on whether there’s enough evidence to pursue a case against the landlord for violations of city and state law.

The temporary restraining order was sought by the City of Dallas and a group of HMK tenants, who allege that HMK is retaliating against tenants by shutting down its rental business because the tenants allowed code inspectors into their homes over the last several months.

Most of the HMK homes are small houses that rent for $350 to $575 on month-to-month leases in neighborhoods of West Dallas, where gentrification has picked up a swift pace in the last year.

“HMK has retaliated against hundreds of its tenants by refusing to renew or terminating their leases and threatening to speedily evict them,” Mayor Mike Rawlings said at a news conference Tuesday at City Hall.

The mayor said that city code prohibits a landlord from retaliating against a tenant by attempting to evict that tenant within six months of the tenant’s complaint.

Rawlings said he had tried to negotiate improved conditions at HMK housing after the city found numerous problems when residents allowed inspectors into homes. The lawsuit cites “unspeakably squalid conditions” such as rats and vermin, lack of plumbing and heating, and roofs with holes at some houses. But Rawlings said HMK refused to sign an agreement with the city to repair the homes.

Arnold said tenants have “civil rights” governing decent housing. Alonzo, addressing the tenants, said in Spanish “No estan solos,” or “you are not alone.”

An unidentified HMK official declined to comment “at this time” when reached by phone Tuesday. HMK has told some tenants that the city forced it to quit its business. “… We tried to do our best. The city of Dallas is forcing us to take this action,” HMK co-owner Khraish H. Khraish wrote in letters.

The mayor acknowledged that HMK has property rights and said that if the company wants to get out of the rental business, it can. But the process must be lawful, he said.

“To threaten people to get out that quick just because we asked that certain standards be met is not the way to do it,” Rawlings said.

Michael Hindman, the attorney who initially filed against HMK on behalf of two tenants, praised the judge’s order. He said it came just in time because at least seven tenants have eviction hearings scheduled before a justice of the peace. Those hearings will be canceled as a result of the judge’s temporary order, Hindman said.

“I’m happy that we were able to throw the brakes on this very erratic course of action that [HMK owners]  have taken,” said Hindman.

The restraining order granted by state District Court Judge Ken Molberg will be followed by a hearing to determine whether a longer-lasting injunction should be applied pending a full trial on the merits of claims made by tenants and the city of Dallas.

”Despite HMK’s efforts, several HMK tenants stood their ground and continued to cooperate with code inspectors,” says the city’s petition intervening in the suit. “When HMK was faced with the defiance of its tenants to be silenced about the deplorable condition of their homes, HMK initiated a mass retaliation, non-renewal, lease termination and threat of eviction campaign on its tenants.”

HMK has not said what it plans to do with the 305 properties it listed in a notice to the city last month other than to say it is taking them off the market. A few HMK homes have already been demolished, said residents in the Los Altos neighborhood just west of Sylvan Avenue and north of Singleton Boulevard.

“At least for two weeks, we can be calm.” — Enriqueta Sanchez

HMK obtained many of the properties when it purchased a portfolio of homes owned for decades by the Wheeler family.

Joanna Pena, one of two tenants who, with her husband, initiated the lawsuit, praised the judge’s order. “I feel like they did the right thing standing by me and all of us in this mess,” said Pena, a 24-year-old stay-at-home mother of three children. “I feel good and I am relieved.”

Pena said HMK sent three letters to her house asking that the family leave by a certain date. Pena, who is bilingual, said she is telling other tenants, many of whom speak only Spanish, that evictions are a multi-step process and involve going before a judge. Retaliation is wrong for asking for house repairs, she said.

Enriqueta Sanchez and her family of five have lived in one HMK house for 20 years — even before HMK owned it. At a community meeting Saturday at the Anita Martinez Recreation Center, she said she is “desperate” for a new home after being told to vacate the HMK property.

An unidentified HMK official declined to comment “at this time” when reached by phone Tuesday. HMK has told some tenants that the city forced it to quit its business.

Told of the judge’s order, Sanchez said in Spanish, “At least for two weeks, we can be calm. We just didn’t know what to do.”

A new city housing code, crafted during months of negotiations, was passed in late September. Even before then, Dallas was putting pressure on so-called high-impact landlords who own dozens, if not hundreds, of shabby properties concentrated in one part of town.

HMK owns even more properties, about 450 houses altogether, according to the recent court filings.

In 2012, a neighborhood stabilization ordinance was passed in the La Bajada area, which sits at the foot of the Margaret Hunt Hill Bridge. The ordinance requires all new structures to be under 27 feet for most of La Bajada. That effectively blocks apartments and lofts that charge high rents from moving into that one neighborhood.