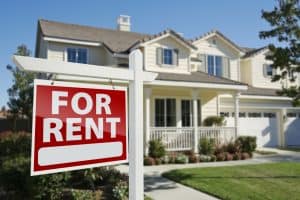 Is the U.S. rental market helping to increase inequality?

More and more, Americans are turning to renting out of necessity, as the first rung of the property ladder is pulled farther and farther from the ground.

But now, thanks to the gargantuan demand for rental units, even finding a rental dwelling is becoming less and less affordable for low-income earners.

According to a roundtable discussion at the Wharton School at the University of Pennsylvania, the current market conditions are promoting inequality.

Here’s why: The basic problem is one of classic supply and demand.

Demand for rental units in general is incredibly high right now, and because supply has been behind demand until recently, rents have gone up nationally.

Zillow Chief Economist Aaron Terrazas, one of the members of the Wharton roundtable, said this is a result over-investment in upscale rentals and an exodus of well-to-do Millennials to homeownership.

“Those higher-income young adults who typically rent those apartments have been out buying homes. The labor market is very tight. Interest rates are still very low. Those are the people who have been propelling the purchase market, leaving vacancies in the rental market. That’s not happening for lower-income renters,” he said in the roundtable.

Another of the roundtable members, Metropolitan Policy Program fellow at the Brookings Institution Jenny Schuetz, said the lopsided boom in apartment construction has created an imbalance in the rental market that will be tough to remedy.

“We’ve certainly seen a boom in building in the last several years, but that comes after the absolute trough during the Great Recession. And we’ve been under-building multifamily housing for about 25 years now,” she said.

“We’ve seen supply finally start to catch up at the high end. We would expect that’s eventually going to translate into at least more stable rents in the middle of the distribution, possibly lower, but it’s going to take a while for that to happen,” she added.

According to the panel, there are no easy solutions. Cities employing restrictive zoning policies and high construction prices make it difficult to build new, affordable housing.

Some government officials are pushing for legislation that would incentive the construction of affordable housing, but their efforts have met with limited success, in large part because of the Trump Administration’s opposition to increased spending on federal housing solutions (i.e. Department of Housing and Urban Development Secretary Ben Carson and Consumer Financial Protection Bureau Acting Director Mick Mulvaney’s actions).

America has not decided how it will address its affordable housing crisis yet, but it will need to sooner than later.