Home · Property Management · Latest News · Is Rent Control The Answer, Or Is There Some Other Way? 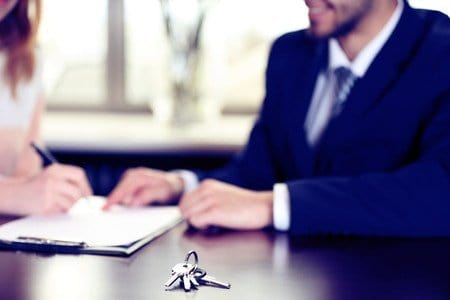 There it is again — another discussion about rent control in the news. Just what is it and what are the varied interests competing or defending in this arena? A textbook definition would go something like this: Rent control is a system of regulations administered by a public authority that limits any rise in rental rates outside of a public/government prescribed amount.

Another way my colleagues in the real estate industry might describe rent control is: a taking and redistribution scheme to relieve one social ill at the expense of another group. Well, you may say, isn’t this eminent domain? That may or may not be so in the most exact sense, but the property owner will possess less after rent control’s implementation: less money, a dimmer future and a decreased desire to operate their property.

The objective of controlling the prices of rent is usually to counteract the inequality of bargaining power between landlords and tenants, as part of a minimum set of rights to make the market fair. It may function as a price ceiling. Rent control laws vary from one jurisdiction to another within some countries.

With the housing crisis, here is the lowdown: The situation is dire. A lot of factors are at work, ranging from density to construction to gentrification and more. There are worldwide calls for rent control.

The people are speaking and the given representatives are listening. Just look at the situation in New York City. Everybody has a side: renters, the homeless population, property owners and politicians. Who gains and who loses in this situation? On the one hand, there is an epic need for affordable housing. On the other hand, property owners should be allowed to benefit from their capital and labor.

If the government powers that be want rent control implemented where it doesn’t currently exist, I say they should use eminent domain and buy the property — operate it and deal with the associated issues. I submit any rent-controlled apartment owner should be allowed to enact “reverse eminent domain” (I just made that up). They should be able to queue up to the government and wash their hands of the property and associated issues. No takers?

Renters require adequate housing that they can afford. Rent control can give them a sense of, well, control. They don’t have to worry about their rent increasing annually without a cap. The downside of rent control for the renter is that the property owner has no incentive to improve their property for a paltry return. Rent control can allow for an us-versus-them situation in landlord-tenant relationships.

Renters want to maintain their control and landlords want to maximize the return on their investment. The politicians want votes. The homeless population is seeking relief. Oh, and I should mention the neighbors who live in areas of rent control. They may be fixed in place through homeownership or other reasons.

If landlords have no incentive to repair or improve their property, what happens? You can probably imagine. Also, not considered from the landlord’s position is the equity trapped in their property by rent-controlled income. There are properties in major cities that have a rent control/stabilization scheme in place so the true value of the landlord’s capital and efforts will never be realized.

I know, the landlord is usually the bad guy in the story. But not really. What exactly did the landlord do to the tenant who came to lease his unit? His rent is what he wants to charge, right? If not, isn’t this a taking by the government of the landlord’s present and future earnings?

Most people purchase property for personal prosperity and future gain. Maybe they wish to leave an inheritance for their family. When they purchased the property it wasn’t subject to rent control, and then bam! The value just dropped. Isn’t that a taking? It may be for a well-intentioned reason, yet it is still a taking.

The real question is, should those who do not own the property (i.e., tenants and the government) be able to make decisions for those who do? Of course, normal zoning and land use issues aside, I mean to make decisions as to how much risk he is willing to bear. If I charge too much for a rental unit, then no one takes my product. The market can sort this out if our system is sound, right? Did landlords cause income inequality? Should they be forced to solve it?

Politicians have little incentive to go against the voters’ will, and more voters will be tenants than landlords. So what can the landlords do? They can lobby, but who will they lobby? Politicians. So how could the competing desires be fairly ranked?

All landlords are not evil. All rent-control tenants are not freeloaders. In my opinion, there’s a simple solution: If the government wants rent control in their city or state, they should build it themselves or contribute the land to do so. This way, the burden would shift more equitably. The governmental agencies can also earn money off the investment of contributed land.

Any plan involving affordable housing must address the homeless, of course. If government entities would contribute the land and entitling the same, density shifts to accommodate homeless populations in a distributed way can be achieved. And politicians, they get to do something about creating jobs for, first and foremost, a newly stabilized homeless population. The shame we all should feel when we see or hear about the homeless condition can begin to be mitigated by contributing government-owned land where available.

We have what we need. Builders could build anywhere, and it would be a win/win.