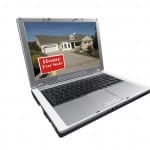 If you are looking to sell a garage-full of mismatched furniture, or a set of tires from a car you no longer own, then chances are Craigslist is your go-to place.

The same may be true if you are a landlord with a vacancy to fill.

But is the luster of Craigslist’s free rental ads wearing thin these days?

It is no secret that Craigslist has been plagued by spam ads and con artists. Scammers get free ads, too — if one gets reported and removed from the site, they simply start over with a new series of fake ads.

One realtor, posting a comment on a colleague’s blog about Craigslist explained that she had to quit using the service to post listings because of all the scammers copying the listing and putting it on for rent. Sellers had potential renters walking up and looking in windows of their homes that were advertised for ridiculously low rents. A scammer was emailing the potential renters telling them they were out of town and to go ahead and drive by. “Too bad about the whole thing,” she writes.

Fraud in New York City’s Craigslist rental classifieds became so pervasive that Craigslist had to start charging a fee for its ads there in an attempt to discourage phony listings.

Some of the ads are easy to identify as spam, while other, more elaborate schemes are run by professional criminals. Craigslist’s sex ads were a growing area of concern for federal regulators, who recently succeeded in persuading the company to drop that segment, as least in the U.S. But some victims rights advocates objected to that decision because they believe that Craigslist had the unique ability to draw out these predators, where they could be tracked. Similarly, Martha Coakley, the Massachusetts Attorney General, warned landlords that her office is using Craigslist ads to research those who may have violated the state’s discrimination laws.

Rental ad scams abound, with fake landlords hijacking realtor listings and real rental ads, and then bilking unsuspecting tenants out of deposits. Craigslist rental ads now include a tiny warning at the top of the page advising prospects to meet with the landlord in person — a request that some scam artists are brazen enough to accommodate. For instance, there was a report of a scammer who met the prospect at the property, where he took their “application fee”. After telling the victim they could go inside, the con vanished.

Despite the problems, however, Craigslist is still at the top, at least when it comes to raw traffic–but only by a thin margin. According to a survey conducted by VaultWare of the top performing apartment Internet Listing Services based on the number of renters that check specific apartment availability, as of fourth quarter 2010, Craigslist still produced the most searches. However, Craigslist leads its nearest competitor, Rent.com by just 5% percent based on total searches. Of the overall traffic for apartment searches at the end of 2010, Craigslist captured about 27 percent, while Rent.com saw 22 percent, or a difference of 31 hits per property on average. In third quarter 2009, Craigslist had lost its lead to Rent.com.

But the numbers that matter are your conversion rates and costs per vacancy. Did your free Craigslist ad fill your vacancy, and was it the most time-effective way to fill vacancies? The only way to know for certain is to start to track your results from all ad sources, including the good old-fashioned “for rent” sign.

The first critical piece of data used to make advertising decisions comes from prospects themselves. Find out how each prospect found your property.

If the prospect doesnt know or can’t remember how they found the property, it is important to list unknown rather than assume. In our post Developing a Comprehensive Online Marketing Strategy, our friends at MyNewPlace.com describe how one management company CEO reported that six months after he cut a certain advertising source at the corporate level, managers were still attributing leases to that cut source because they had become so conditioned.

Inaccurate data can lead to false conclusions, and that means time and money wasted. In order to pinpoint where your ad dollars and time need to go, you should accurately track your results, including things like:

Number of days to fill a vacancy

Armed with this information, you will be able to determine if Craigslist is champion where it matters most– to you and your bottom line.