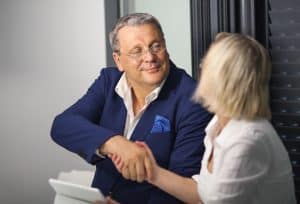 HF134 has been supported by landlords for several years. The bill prevents cities from restricting landlords’ rights to rent to whomever they chose regardless of family relationships. This law was in response to the growing number of cities passing regulations limiting the number of non-family members who could live in a rental property.

The Iowa Supreme Court’s decisions in Kline v. Southgate Property Management and Walton v. Gaffey were welcomed by both landlords and tenants for different reasons, with both sides claiming victory from these mixed-bag decisions. When these decisions were handed down, we detailed the impact on landlords: Iowa Supreme Court Hands Down Decisions in Two Iowa City Residential Landlord-Tenant Cases.

In particular, landlords were thankful for the Supreme Court’s decision that certain fees, charges, and liquidated damages included in leases were not “categorically prohibited” merely “because they were set without any consideration of what the landlord’s actual damages and fees would be in each situation,” thereby reversing the district courts’ opinions regarding this issue. The district courts had concluded certain fees[i] were not allowed in leases, while the Supreme Court reversed such decision and held that the legality of such fees should be decided on a case-by-case basis. However, this still leaves some uncertainty for landlords as they consider what is and is not permissible in leases.

Most landlords and practitioners believe that the most negative aspect of the decisions for landlords is that the Iowa Supreme Court affirmed the district courts’ decisions concluding that a landlord is liable for the mere inclusion of prohibited provisions in a rental agreement, even without enforcement of those provisions against the tenant, assuming the landlord’s inclusion was willful and knowing.

In 2018, multiple pro-landlord bills have been introduced, so landlords across the state should keep their fingers crossed. By way of example, HSB 542 expands the scope for a landlord’s allowable collection of certain judgments against tenants and HSB 588 provides a method for a landlord to register their properties one time with the municipal utilities in order to avoid liens for past due accounts of tenants for all city enterprise services. There are also certain bills being discussed regarding Fair Housing issues as they relate to service and assistance animals. As these bills progress, we will provide more updates.