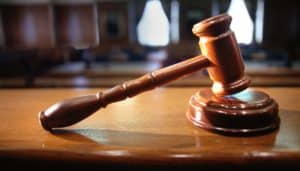 The 2019 Iowa legislative session came to a close on April 27, 2019, resulting in a handful of new laws directly affecting Iowa residential landlords. Below is a summary of those new laws, along with commentary on a few landlord-related bills that did not pass this session.

Senate File 447: This pro-landlord law prohibits cities from adopting or enforcing any regulation, restriction, or other ordinance related to residential property rental permit caps on single-family homes or duplexes. This was a great victory for Iowa residential landlords, particularly in cities that had already enacted, or were looking to enact, rental cap ordinances.

Also, of note is the recent actions of the Iowa City Council. After learning of the passage of this new state law prohibiting rental caps, the Council, on May 21, 2019, passed a rental permit moratorium ordinance altogether halting any further rental permits in certain sections of the city until March of 2020.  In the weeks leading up to the passage of this ordinance, various state associations asserted their positions to the City Council that such a rental permit moratorium ordinance was an unconstitutional circumvention of the new state law permitting caps altogether.

Davis Brown landlord-tenant attorney, Jodie McDougal, on behalf of the Greater Iowa City Apartment Association, submitted a letter to the City Council, noting that the moratorium is unenforceable as it conflicts with Iowa Code and, as noted by the local press is a de facto short-term enforcement of the city’s former rental permit cap, which has now been made unlawful by the new state rental cap prohibition law. Unfortunately, those efforts were not successful. Currently, various landlord associations and individual landlord-property owners in Iowa City are considering a potential legal legal challenge to this ordinance.

ASSISTANCE AND SERVICE ANIMALS IN RENTALS

Much of this new state law simply confirms existing federal law and federal guidance from HUD regarding landlord and tenant obligations pertaining to assistance animals and service animals, including the following provisions now codified under Iowa law:

Of particular benefit to Iowa landlords is the law’s greater consistency and parameters regarding the medical professionals who provide tenants with the professional opinion that they have a need for an assistance animal or service animal.

First, the law sets forth the following provisions applicable to the medial professionals–including doctors, physician assistants, nurses, psychologists, social workers, and therapists/counselors–who assist tenants with providing opinions regarding assistance or service animals as a reasonable accommodation due to such tenant’s disability. The law provides as follows:

This provision is entirely consistent with federal law. As a reminder, under both federal and state law, housing providers are not permitted to ask for any greater detail regarding a tenant’s disability beyond the information outlined above.

The above provision, which sets forth additional parameters to current federal law, will help prevent perceived tenant abuses in the area, including tenants who submit a so-called “certification” for their assistance or service animal obtained from paying a small fee to a non-medical website and without actually meeting with a medical professional either in person or by telemedicine.

In addition, the new law provides that the Iowa Civil Rights Commission will, in the future, adopt additional clarifying rules regarding implementation of this law, as well as adopt a standardized form for medical professionals to use to document their findings.  Currently, there is no standardized form under federal law.

House File 701: This new law mandates the continuance of lawful preexisting nonconforming uses as it relates to the replacement of manufactured, modular, and mobile homes under various circumstances.

Manufactured housing communities and manufactured/mobile homeowners around the state have encountered numerous problems with cities and counties preventing the replacement of manufactured, modular, and mobile homes that were lawful preexisting nonconforming uses and otherwise preventing communities from installing replacement homes in vacant homesites, claiming that replacement amounts to an unlawful expansion or change of the preexisting use. This law should resolve these problems by codifying the standard as to when replacement of such homes must be allowed as a continuance of a lawful preexisting nonconforming use, thereby absolutely compelling cities and counties to follow this statutory standard. Further details on this new law can be found on my prior post.

Senate File 93,  an act relating to abandoned structures and abatement of public nuisances, was passed. This law makes pro-landowner changes regarding the procedures as to when a governmental entity may declare a structure abandoned and/or a public nuisance, hearings on abatement actions, and the rights an owner has in response to governmental action against their property.

After many iterations, a final compromise on Property Tax Reform was reached in the final week of session. SF634, the finalized property tax bill, does the following:

Thank you to Davis Brown Attorneys, Tim Coonan and Sydney Gangestad, for providing this information on the property tax reform bill.

BILLS THAT DID NOT PASS

House File 638 did not pass. This bill originally started as a pro-landlord bill, containing various pro-landlord provisions, including:

However, in the final days of the legislative session, major pro-tenant amendments were made to this bill focused on the manufactured housing community industry, including the following:

Ultimately, this bill was not passed by both houses, with landlords losing out on the potential benefits of this bill but also avoiding the disadvantageous final amendments to the bill.

Notably, the above two issues affecting manufactured housing communities will likely come up again during the 2020 legislative session likely beginning with HF 638 on the House debate calendar.

Davis Brown Law Firm blogs, legal updates, and other content are for educational and informational purposes only. This is not legal advice and it does not create an attorney/client relationship between Davis Brown and readers. Each circumstance is different; readers should consult an attorney to understand how this content relates to their personal situation. You should not use Davis Brown blogs or content as a substitute for legal advice from a licensed attorney in your state. Reproduction of Davis Brown content without written consent is prohibited.