Home·Property Management·Affordable Housing·Think rent is rising fast? It’s worse than you think (and inflation might be too)

Think rent is rising fast? It’s worse than you think (and inflation might be too) 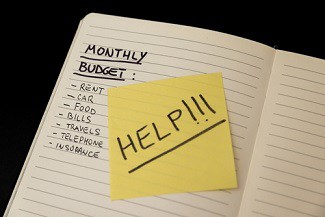 The rate of inflation has hit an all-time high for renters seeking new housing. So has the rate at which existing tenants are renewing their leases.

Across the country, renters looking for new homes are facing dizzying double-digit rent increases. But you wouldn’t know it from the official federal tally of inflation data.

In the last eight months, the rate of change in annual rental costs for new tenants has more than doubled, reaching its highest level on record, according to data from the Bureau of Labor Statistics reviewed by The Times. The data, which are not in the public domain, show a starkly different picture for existing tenants — those who are renewing their leases instead of moving into a new apartment — suggesting that the cost of housing may continue to climb, despite some indicators to the contrary.

And with housing representing both the biggest contributor to core inflation and a lagging indicator, the recent escalation of rents points to overall inflation continuing to rise even as it shows signs of retreating in other sectors.

In its latest consumer price index inflation report, BLS said that annual inflation in shelter costs stood at 5.4% in May, the highest level since 1991. That figure is a weighted average meant to reflect the rate of inflation affecting new and continuing renters and homeowners alike.

But the non-public data behind the topline number show a gulf between the prevailing conditions affecting those who moved residences and those who didn’t . Annual rental costs for new tenants jumped from 4.3% in July 2021 to 11.1% in March 2022. For existing tenants, inflation was lower and grew at a slower pace over that period, climbing from 1.5% to 2.7%. For residents of owner-occupied units, the trend was similar. (BLS is expected to release inflation data for June on Wednesday.)

For its survey, BLS visits a given set of households once every six months to track rental price changes. If it finds a different occupant, it treats them as a new tenant, but if the renter remains the same, then they are classified as a continuing tenant. Since 75% to 80% of renters remain in their homes every year, the topline figure is weighted toward the inflation rate experienced by continuing renters.

With the spread between the new-renter and continuing-tenant rates at an all-time high, according to BLS data, that bias is even more pronounced than usual. That gives new ammunition to critics who have argued the data published by the BLS fail to reflect the severity of housing inflation, especially in states such as California, where the cost of housing is higher.

“In the present economic circumstances, when housing inflation is surging, the BLS underestimates the pace of price change for housing,” said Sung Won Sohn, president of the Los Angeles-based SS Economics and professor of economics at Loyola Marymount University.

Beyond masking the extent of inflation faced by new tenants, Sohn said, the agency also distorts the market’s reality with the way it calculates the cost of housing ownership. Almost two-thirds of Americans live in homes they own.

Since 1983, BLS has approximated the rental value of owner-occupied homes by measuring the rent paid by tenants in the same vicinity. This is then translated into a rent equivalent.

“To me, the owner-occupied rent is somewhat a wild guess in the official data,” Sohn said. “If I were to rent my own house to myself right now when the price rise is really high, I would be paying much more than what an apartment rent would charge but the BLS wouldn’t reflect that necessarily.”

In an interview, BLS economist Steve Reed defended the bureau’s methodology while acknowledging the single-number housing inflation metric it provides to the public as part of the closely watched consumer price index fails to capture the full picture.

“The CPI reflects the universe of rental units fairly well, while other measures only look at new tenants, which is a small subset of all the rent payers,” Reed said. Internally, BLS has been tracking the different inflation rates for new versus continuing tenants since December 2017.

“There is a sort of hypothesis that rental price change is more for new tenants and we wanted to identify that in our sample to see if it’s true,” he said. “The findings do confirm what we suspected was true.”

Reed also said BLS remains “comfortable with the general idea of a rental equivalent” for tracking inflation of owner-occupied homes. But he said the agency is exploring new ways of capturing “out-of-pocket” costs of home ownership such as maintenance. “We are doing some research for creating some alternative measures for different subsets of the population and in some of those cases we think rental equivalence might be less appropriate,” he said.

“This data is evidence that rents are going up very fast, faster than they have been, for new tenants after a long period of slower price growth,” said David Wessel, director of the Brookings Institution’s Hutchins Center on Fiscal and Monetary Policy.

Past trends suggest it’s only a matter of time before the higher inflation rate spills over into renewals as well, he said.