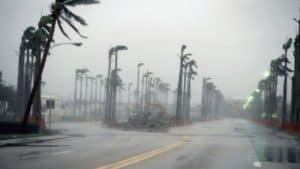 The impending devastation of Hurricane Florence is causing a national stir, forcing many to worry about the potential threat of loss of life and property damage.

As the storm inches closer to the Mid Atlantic, The National Association of Realtors are calling on the government to pass a long-term resolution for the National Flood Insurance Program.

“Flooding is the most common disaster in the United States, one that affects Americans in communities both coastal and inland every year,” Mendenhall said. “As another potential historic flooding event looms, we urge Congress to take up the fight for responsible long-term NFIP reform as swiftly as possible.”

A recent analysis from CoreLogic shows that 758,657 homes in North Carolina, South Carolina and Virginia could be affected by the Category 4 storm, estimating that reconstruction costs could total up to $170.2 billion.

“In these times, we are reminded of the importance of peace of mind for property owners with access to quality and affordable flood insurance,” Mendenhall concluded.

This isn’t the first time that a call for resolution has been requested.

Earlier this year, Ranking Member of the House Committee on Financial Services Maxine Waters, D-Calif. and 61 members of Congress demanded a long-term reauthorization of the controversial NFIP.