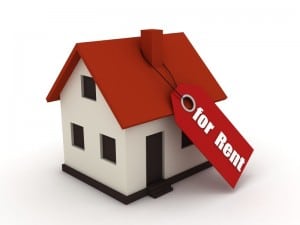 He moved to Seattle with his wife and four sons in 2017, after years of persecution from the Islamic State group and Iraqi militias in Baghdad, his hometown.

Abed worked as a liaison officer between the U.S. and Iraqi armies. He moved his family around as he was being persecuted by the Iraqi militias. His brother was kidnapped by a militia.

Abed finally came to the United States as a refugee and chose Seattle because it was the only city in the U.S. where he had any family or friends. He was hopeful, knowing that the city was ripe with work opportunities. But he would soon come to learn that Seattle’s supply of employment was not matched by a supply of affordable housing.

“When I climb to the top of the Space Needle and look out at the city, I see a lot of construction, but I see it’s all for working,” he said. “Not for living.”

In an effort to address the issue, Mayor Jenny Durkan, a Democrat, signed a Mandatory Housing Affordability policy into law in March that would change zoning rules in 27 neighborhoods. The policy is expected to generate 6,000 new homes over the next decade.

Due to the success of tech giants like Amazon and Microsoft, the city has attracted more than 105,000 new residents since 2010, a population increase of 16 percent.

Real estate in the city is booming. But almost none of the new developments in Seattle are affordable to the majority of residents.

As is the case in most cities, Seattle sets specific zoning rules that dictate what can or can’t be built in each of its neighborhoods. That’s why a skyscraper won’t be built in the suburbs nor would a sprawling suburban manor in the heart of downtown.

However, with 75 percent of its residential land zoned for single-family use, a substantial majority of Seattle’s land is rendered essentially unavailable for development of apartment complexes, duplexes and other kinds of structures that could help meet the city’s high demand for housing.

This means that denser housing is limited to small pockets of the city. For working-class families like Abed’s, this scarcity makes it practically impossible to find affordable, multifamily housing in the city.

Zoning a neighborhood from single-family to multifamily is what city planners refer to as “upzoning.”

Teresa Mosqueda, a City Council member and labor activist, has been one of Seattle’s most prominent advocates for diversifying zoning throughout the city.

Mosqueda said that the city’s massive population growth has not been coupled with an effort to house its newest residents. In fact, Mosqueda said, Seattle has zoned backward, defensively downzoning even more land to single-family use as the population grew.

Mosqueda says she believes that the main reason Seattle’s zoning has stagnated is that its neighborhood councils are run primarily by homeowners, whereas the general populace is mostly renters.

From Philadelphia to Portland, housing advocates all over the U.S. have gained momentum in their push to reduce single-family neighborhoods. In December, Minneapolis became the first major U.S. city to eliminate single-family zoning altogether, voting to allow for complexes with up to three dwelling units in all of its neighborhoods. In California, a large piece of housing legislation reducing single-family zoning across the state has made progress through the state Senate.

Seattle’s upzoning plan is set to take place throughout the city, but only 6 percent of single-family neighborhoods will be affected. These neighborhoods will be rezoned to allow for smaller, denser housing, while encouraging developers to keep existing structures and turn them into multifamily housing — like duplexes — in order to preserve a neighborhood’s aesthetic.

Fessel, 65, and his wife are retired and moved to Seattle from the California Bay Area in 2018 to be closer to his daughter and grandchild. He and his wife bought a single-family home with the hopes of using its extra space to build a second structure on the property.

Fessel says a common mistake people make is confusing multifamily housing with large apartment complexes. For the most part, he said, homeowners would like to at least have the option of building a cottage in their backyard that they can rent it out.

“For a lot of people, it’s additional income,” he said, adding that the cost of living goes up for the elderly while their income does not. Accessory dwelling units can be a way to prevent displacement from longtime residents, he said.

“Our biggest obstacle is our own neighborhood,” Fessel said, referring to the neighborhood council that has tried its hardest to stand in the way of Seattle’s upzoning efforts.

Martin Kaplan is an architect and longtime Seattle resident leading that fight as part of the Queen Anne Community Council, which argues that the city has not taken sufficient consideration of the environmental impact that upzoning could have.

“I’m not against increasing density but it has to be done smartly,” Kaplan said.

Kaplan said that upzoning measures would infringe on Seattle’s autonomy to manage its own land-use decisions.

Kaplan and the neighbors fighting alongside him worry that upzoning will wreak havoc on some neighborhoods that were not designed for multifamily housing. They argue that a one-size-fits-all approach is going to strain utilities and crowd streets with parking.

The Seattle City Council is considering laws to make it easier for single-family homeowners to build accessory dwelling units like backyard cottages, and last week, a hearing examiner ruled that the city’s examination was sufficient enough to move forward.

Jessica Trounstine, professor of political science at the University of California, Merced, said it’s true that upzoning can be detrimental if it’s not done in tandem with investments in infrastructure.

“Density creates congestion,” Trounstine said. “If you don’t also invest in infrastructure that’s needed to support that population, it’s going to be really annoying to live there.”

“If the city builds new housing but doesn’t also build new roads and new schools, and expand the sewer pipes, then everybody is going to suffer,” Trounstine said.

Trounstine argues that this shouldn’t keep cities from upzoning; it should encourage them to do so thoughtfully.

In a study published January in the journal Urban Affairs Review, Yonah Freemark, a doctoral student in urban planning at the Massachusetts Institute of Technology, found that the upzoning in Chicago had no effect on housing supply and that, in fact, housing prices went up in the first five years.

In the early 1900s, many U.S. cities engaged in racial zoning, designating which neighborhoods could be inhabited by white people and which by people of color.

The Supreme Court struck down these zoning maps in 1917. “Immediately, they get replaced with zoning maps that use the exact same structure, but instead of race, they use housing types,” Trounstine said.

Enlisted by Seattle’s City Council, the Seattle Planning Commission spent a year and a half compiling a report on the impact of single-family zoning in Seattle and argues that the city’s current zoning is a direct reflection of historically racist zoning practices.

The planning commission’s report found that single-family neighborhoods are dominated by white and high-income residents, and only a quarter of black and Hispanic Seattle residents are homeowners.

Housing affordability is only one part of the problem, said Tim Parham, chair of the Seattle Planning Commission. As the commission’s report outlines, nearly all of the city’s schools and parks are in pricier single-family zones.

Thanh Nguyen experienced housing instability for most of her life, living in Seattle’s low-income and Section 8 housing throughout her childhood and adolescence.

Nguyen left Section 8 housing when she was 26 and was eventually able to purchase a condominium in the Kent neighborhood south of Seattle. Now, she volunteers with the Washington Low Income Housing Alliance, where she tries addressing housing insecurity in Seattle through education and community organizing.

Nguyen said that upzoning will definitely be helpful, but won’t be a panacea for the city’s housing crisis.

“It’s not the solution that’s going to solve everything,” she said. “You need better housing stock. You need more services.”

Abed said he’s taken his children to the Space Needle many times. As a family, they dream of being able to live closer to the city, even though he says he doesn’t picture that happening any time soon.

“Prices are going up more and more,” he says, “and I worry they will never go down.”