Why It’s a Good Time to Own Rental Property 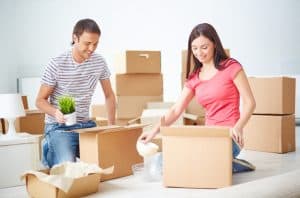 The turnaround in the housing market since the Great Recession has gone too far for many Americans. A just-released report from Washington, D.C., think tank Pew Research Center found that more Americans are renting now than any time in the last 50 years. The corollary: There’s never been a better time to own rental property.

Home ownership in the U.S. has been falling at a constant rate as a combination of rising house prices, growing student debt and societal changes have resulted in Millennials (25 to 34) holding off buying homes. According to Bank of America, home ownership among those aged 25 to 34 is 38%, almost 30% below the national average.

While it remains a good time own property, the total number of home owners is decreasing, raising the never-ending inequality debate. According to ATTOM data solutions, 37% of home sales in 2016 went to those not residing in the home. The Pew Research found that the less educated and nonwhites continue to own homes at lower rates. “Black and Hispanic households continue to be about twice as likely as white households to rent their homes,” Pew Research said.

A report from the Harvard Joint Center for Housing Studies also found that the ball is well and truly in the property owner’s court. Within major U.S. metropolitan cities 45% of renters could not afford the monthly mortgage payment on a median priced house in their area, and if the trend in ownership continues, the distribution will continue to grow. “Even if the downtrend in home ownership continues for another five years, owner household growth would still total 4.9 million by 2025. In that case, renter household growth would hold near its recent annual pace, lifting the total increase in 2015–2025 to 8.7 million,” the Harvard report said.

For Renters, Buying is Still a Goal

Not only is it the right time to own to rent, but buying a home for personal use is remains a goal for those not there yet. In fact, a 2016 Pew report found that 72% of renters would like to own a home at some stage in their life.

“The increase in U.S. renters over the past decade does not necessarily mean that homeownership is undesirable to today’s renters,” Pew Research noted.