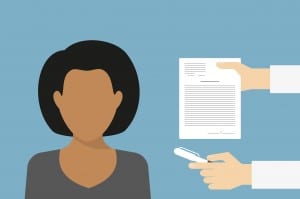 Tenants across the state are being rejected by landlords because of public but often misleading eviction data, according to an advocacy group calling for new restrictions on the data.

The Massachusetts Law Reform Institute argues that people applying for apartments may be passed over because their names appear in online eviction records, including in cases when they did nothing to warrant an eviction, such as a clerical error that leads to an eviction, or when a person in an eviction record merely shares a name with a prospective renter.

Andrea Park, an attorney at the law reform institute, said renters are being passed over even when a casual reading of court records would demonstrate they did nothing wrong. Even if a court decision ultimately favors a tenant, Park said, the appearance of a name can be enough for a landlord to discard an application.

“As people are becoming more and more desperate in their housing search, and the options become more and more limited, particularly in certain areas, this becomes that much more of an issue,” Park said. “We’ve heard about it from a few landlords, ‘Oh, yeah I just get [eviction information] online.’ We really had to start taking seriously the idea of the courts’ internal case management system being used as a screening tool for [landlords].”

According to the report, in 2013 the Massachusetts Trial Court made eviction records available online to allow parties to track cases remotely and to make the records more accessible to court staff.

The unintended consequence is that “[l]andlords, property owners, and tenant screening companies are now using this free and easy access to conduct tenant screening, often with unfair and dire consequences for tenants,” the report states.

The institute argues the practice of rejecting applicants because their names appear in eviction records is becoming widespread. Although the authors say there is little data to back up their claim, the report cites two dozen cases that show how renters are harmed.

One story involves a woman rejected for an apartment because of an erroneous reading of her eviction record: Facing eviction for non-payment of $35, her case was transferred to housing court and later dismissed. But a landlord turned down her application for another apartment, citing “two eviction cases on your record.”

The Massachusetts Law Reform Institute is calling on lawmakers to restrict public access to eviction records. The group wants eviction cases sealed until allegations have been proven, and all eviction records sealed after three years, regardless of the outcome.

Lawmakers on Beacon Hill are considering legislation that would create protocols for sealing eviction records — something that’s already been done in states including California.

A spokesperson for the Massachusetts Trial Court, which maintains the online records database, was unable to provide comment late Wednesday afternoon.