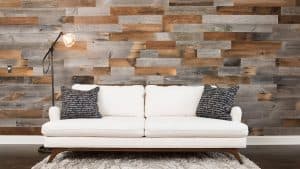 The Urban Land Institute and PwC have just released the real estate industry’s widely anticipated industry forecast, Emerging Trends in Real Estate 2020. The report indicates that while real estate economists are tempering their views on economic growth in the United States, they continue to forecast steady real estate markets and returns through 2021.

The report’s conclusions are based on an August 2019 survey of 41 economists and analysts at 32 leading real estate organizations. The sentiment of the group remained generally upbeat despite an escalation of the U.S.-China trade war, volatility in global financial markets and the inverted yield curve for U.S. Treasury bonds, which is among the most consistent recession indicators.

In spite of these headwinds, the forecast cites adaptability to change along with discipline as key factors in the industry’s ability to withstand an economic downturn and the possibility of softer real estate demand in the years ahead.

The report states, “Reinforcing the optimism about real estate’s ability to withstand a recession is satisfaction that the property sector’s discipline in this recovery means that ‘this time it won’t be our fault’ if the economy falters. Any warning signs are arising from causes that real estate has little control over.”

The findings suggest that a willingness to embrace change and rethink growth strategies is beneficial for cities as well as the industry. Austin, the capital of Texas, is ranked first out of 80 cities in the U.S. for overall real estate prospects for 2020, followed by Raleigh/Durham, North Carolina; Nashville; Charlotte, North Carolina; and Boston. Other favorites for 2020 include Dallas/Fort Worth, Orlando, Atlanta, Los Angeles, Seattle and Tampa/St. Petersburg.

Multifamily and single-family housing are highly favored as housing needs continue to change for Millennials and Baby Boomers. Less favorable are office space, hotels and retail, with the latter receiving the lowest ranking.

High-cost markets such as Washington, D.C., Boston, Los Angeles, San Francisco and San Jose, California, cite affordability as a critical issue and not just for lower-income households. “The missing middle — medium-density housing filling a key market niche as well as the affordability gap — is a concern in those markets, as it is for San Diego and Jacksonville, as well as for Cleveland and Detroit,” the report states.

Co-living: Affordability has reached the breaking point even in markets that previously boasted of low-cost housing. One attempt to address the problem is a rise in co-living arrangements among older as well as younger generations. There is even a pop-culture reference for this trend: the “Golden Girls” model.

Anita Kramer, senior vice president at the Urban Land Institute Center for Capital Markets and Real Estate and a co-author of the report, said not only does co-living have financial benefits but it also creates community.

“It’s very important especially as technology has made us more isolated,” she said. “I think people are looking for more ways to connect back to community. Co-living could be one of them, and at the same time, be another approach to finding affordable housing.”

Hipsturbia: The live-work-play districts that spurred 24-hour or even 18-hour downtowns in the 1990s have spread to many suburban communities, which are seeking to become hip destinations, or “hipsturbs” in their own right. The key to success: transit access, walkability and abundant retail, restaurant and recreation options.

“There are suburbs that have great transit or are just very accessible to cities, so there’s a connection,” said Kramer. “You can’t be a suburb of nowhere, so it makes sense that where there are very successful urban cores, there can also be nearby successful suburban cores that provide the same type of environment. And just by proximity, they are viewed as another place to be and not being out in the middle of nowhere.”

She added, “The segment that was very much attracted to urban living was large enough that it really made  an impact in revitalizing cities. Then the question is what were those people going to be doing when they finally created households and had children.”

Boomers and beyond. Baby Boomers are expected to stay active while living longer, which has positive implications for housing demand in downtowns and hipsturbs, as well as workplaces as many may choose to keep working or pursue second careers.

A report by the Bureau of Labor Statistics expects the trend of older people working to continue, estimating that 13 million Americans age 65 and older will be in the labor force by 2024.

A community state of mind. Demand is rising for communities in which a sense of place is created organically through sharing common interests and values, rather than concocted through prescribed programming and business goals.

ESG: A sustainable trend. There is a growing commitment to the tenets of ESG (environmental, social and governance) principles among corporations in general and real estate in particular. Sustainability evaluation is becoming a checklist item for institutional investors domestically and worldwide. Strong interest by Millennials in environmentally and socially conscious business practices is a major factor driving this trend.

Infrastructure: Real estate professionals unwilling to wait for a federal solution to America’s urgent infrastructure needs can look to states and localities that are committed to improved infrastructure as a foundation for economic growth.

Easing on down the road. Confidence is one thing, complacency is another. At least some serious attention should be given to the prospects for an extended downshifting in the economy and its implications for commercial property demand in the decade ahead, the report finds.

The siren call of TINA (there is no alternative). The urge to deploy capital just because it is available is more a tendency than a trend, and one that is best avoided. “A surfeit of capital desperately seeking placement is the very definition of a bubble that remains unrecognized until it bursts,” notes the report.

A new menu for markets. Specialization has become the hallmark of real estate, drawing investors to different types of markets for different reasons.

March of technology: Technology is affecting all property types, most obviously retail and industrial. Property managers are turning to technology solutions for productivity enhancements and improved operational efficiency. In addition, demand is increasing from occupants and capital sources for technological sophistication across all sectors.