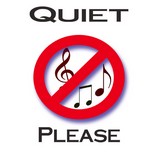 Q: My partner and I have lived for four years in the upstairs flat of a two-story San Francisco Victorian built in 1912. We own the building.
I bought a heavy studio piano about 15 months ago that had to be wheeled down a 14-foot hallway to get to its new home. The professional movers brought it in on a short piano dolly.
A few months after the piano arrived, the wood flooring in the hallway started to creak. It now creaks and squeaks a lot, and when I walk on it with bare feet, I can feel the ridges of some of the boards.
The flooring in the room the piano was moved into, where the path would have been mainly diagonal to the boards, squeaks a little but may have before. The floorboards are 2 inches wide.
Can you suggest ways the flooring can be repaired and stabilized before it gets any worse?
A: The squeaky floor can be silenced and the ridges can be flattened. You can and should do it yourself. It will take a bit of time and will cost hardly anything. But you will need to spend a good deal of time on your hands and knees.
You have a 2-inch-wide face-nailed strip oak floor. We bet that if you look closely, you can see pairs of dots on each strip. They are the filled nail holes. This type of hardwood floor was a standard in homes from the turn of the 20th century through the 1950s. One of the first homes we lived in was a 1,200-square-foot tract home in San Leandro, Calif. It had hardwood floors. We suppose the reason was that at the time it was cheaper than wall-to-wall carpet.
Loose floorboards are causing the squeaks and the ridges. When the piano movers rolled the piano down the hall, they were moving parallel to the floorboards. As they rolled along, the concentrated load of the piano pressed on the individual boards, causing them to flex and loosening the nails.
As you walked up and down the hall over the next few months, the boards loosened more and the squeaking became worse. When the movers moved into the room where the piano resides, they were traveling diagonally across the floor and the load was more evenly distributed, loosening fewer boards.
To understand how to repair the damage, it helps to understand the installation process of this type of flooring. Bundles of flooring are brought into the room and laid out in a random pattern on the floor. The key is that no two vertical joints are to be aligned. The installer tacked each board in place using a hammer and 4-penny (4d) finishing nails. The nails were set below the surface of the wood with a nail set.
Once all the boards were tacked into place, the installer finished nailing the floor using a mechanical nailing machine that set the nails below the surface at the same time. The cracks and nail holes were filled with putty; the floor was sanded with a floor sander; and the finish was applied.
Your job is to re-nail the squeaky boards. You’ll need to be careful so you don’t split any of the boards. The tools you’ll need are a hammer, a nail set, a drill and a drill bit that is a little smaller than the 4d nail.
We recommend you pre-drill each nail hole before nailing the floorboard to the subfloor. It will prevent the board from cracking. Only drill through the oak flooring to the subfloor. Keep the nails at least an inch from the existing nails. As you nail, continually test the floor for squeaks. You’ll probably find you won’t have to do that much nailing.
Set the nails below the surface of the flooring with a nail set. The final step is to fill the nails holes with putty. There are many colors of putty sticks available at hardware stores made for filling nail holes. Find one that matches your floor.
It truly is a job that you should do yourself. Only you will take the time to make sure you’re satisfied. Also, it’s likely that squeaks will reappear as the floor settles over time. If that happens, it will be a matter of a nail or two more — hardly worth the time and expense of having someone else come to the house to do the job.
Copyright 2009 Bill and Kevin Burnett
See No-Fuss Wallpaper Removal
American Apartment Owners Association offers discounts on products and services for landlords related to your real estate investment including REAL ESTATE FORMS, tenant debt collection, tenant background checks, insurance and financing. Find out more at joinaaoa.To subscribe to our blog, click here.