Home·Property Management·Latest News·Do You Ask Tenants Too Many Questions? Landlord Sued After Requesting Proof of Disability

Do You Ask Tenants Too Many Questions? Landlord Sued After Requesting Proof of Disability 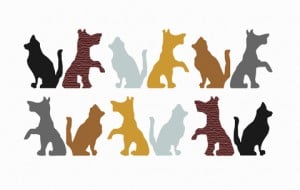 A Philadelphia condominium association has been accused of discrimination against persons with disabilities for refusing to revise its no pets policy which required medical verification of the need for accommodation.

HUD has filed charges claiming that property managers and landlords must make reasonable accommodation for residents with disabilities who require assistance animals without “burdensome or invasive medical documentation.”

According to a statement by HUD, “The Fair Housing Act requires property managers, including condominium associations, to make reasonable accommodations to ‘no-pet’ rules for persons with disabilities who require assistance animals.”

In this case, a resident claimed the landlord denied her request for permission to have a medically-prescribed assistance dog, threatened her with fines and other sanctions for her failure to comply with the restrictive policy, and did not address her concerns over harassment she had experienced from her neighbors because of her assistance dog.

After the first complaint, HUD sought out other residents who used or sought to use assistance animals, because the policies suggested “systemic violations of the Fair Housing Act” that went beyond the allegations of the individual who filed a complaint.

The landlord is accused of implementing increasingly restrictive and onerous policies over a twenty-year period. In n a new 2011 policy, they allegedly issued detailed “Instructions for Physicians for Documenting Disability Under the Federal Fair Housing Act,” which required “exhaustive” documentation to support a doctor’s opinion about the necessity of an assistance animal, and stated, “it may be necessary for you to testify under oath in federal court about your opinion.”

The 2011 policy banned persons using assistance animals from accessing the main lobby, shuttle bus, social rooms, fitness rooms, mail room, and laundry room, and required them to use the service elevator. HUD’s charge alleges that, as a result of the restrictive policies, residents with disabilities have been discouraged from requesting needed assistance animals.

The case will be heard by a United States Administrative Law Judge unless any party to the charge elects to have the case heard in federal district court. If an administrative law judge finds after a hearing that discrimination has occurred, he may award damages to aggrieved persons for the damages caused them by the discrimination. The judge may also order injunctive relief and other equitable relief to deter further discrimination, as well as payment of attorney’s fees. In addition, the judge may impose fines in order to vindicate the public interest. If the matter is decided in federal court, the judge may also award punitive damages to aggrieved persons.