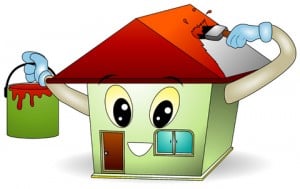 As part of its 2010-11 Remodeling Cost vs. Value Report, REALTORS recently rated exterior replacement projects among the most cost-effective home improvement projects, demonstrating that curb appeal remains one of the most important aspects of a home at resale time.

This year’s Remodeling Cost vs. Value Report highlights the importance of exterior projects, which not only provide the most value, but also are among the least expensive improvements for a home, said National Association of REALTORS President Ron Phipps, broker-president of Phipps Realty in Warwick, R.I. Since resale value can vary by region, it’s smart for home owners to work with a REALTOR through the remodeling and improvement process; they can provide insight into projects in their neighborhoods that will recoup the most when the owners are ready to sell.

Nine of the top 10 most cost-effective projects nationally in terms of value recouped are exterior replacement projects. The steel entry door replacement remained the project that returned the most money, with an estimated 102.1 percent of cost recouped upon resale; it is also the only project in this year’s report that is expected to return more than the cost. TheÃ‚ mid-range garage door replacement, a new addition to the report this year, is expected to recoup 83.9 percent of costs. Both projects are small investments that cost little more than $1,200 each, on average. REALTORS identified these two replacements as projects that can significantly improve a home’s curb appeal.

The 2010-11 Remodeling Cost vs. Value Report compares construction costs with resale values for 35 mid-range and upscale remodeling projects comprising additions, remodels and replacements in 80 markets across the country. Data are grouped in nine U.S. regions, following the divisions established by the U.S. Census Bureau. This is the 13th consecutive year that the report, which is produced by Remodeling magazine publisher Hanley Wood, LLC, was completed in cooperation with REALTOR Magazine.

REALTORS provided their insight into local markets and buyer home preferences within those markets. Overall, REALTORS estimated that home owners would recoup an average of 60 percent of their investment in 35 different improvement projects, down from an average of 63.8 percent last year. Remodeling projects, particularly higher cost upscale projects, have been losing resale value in recent years because of weak economic conditions.

The top interior projects for resale value included an attic bedroom and a basement remodel. Both add living space without extending the footprint of the house. An attic bedroom addition costs more than $51,000 and recoups an estimated 72.2 percent nationally upon resale; a basement remodel costs more than $64,000 and recoups an estimated 70 percent. Improvement projects that are expected to return the least are a mid-range home office remodel, recouping an estimated 45.8 percent; a backup power generator, recouping 48.5 percent; and a sunroom addition, recouping 48.6 percent of costs.

Although most regions followed the national trends, the regions that consistently were estimated to return a higher percentage of remodeling costs upon resale were the Pacific region of Alaska, California, Hawaii, Oregon and Washington; the West South Central region of Arkansas, Louisiana, Oklahoma, and Texas; the East South Central region of Alabama, Kentucky, Mississippi and Tennessee; and the South Atlantic region of the District of Columbia, Florida, Georgia, Maryland, North Carolina, South Carolina, Virginia and West Virginia.

It’s important to remember that the resale value of a particular improvement project depends on several factors, said Phipps. Things such as the home’s overall condition, availability and condition of surrounding properties, location and the regional economic climate contribute to an estimated resale value. That’s why it is imperative to work with a REALTOR who can provide insight and guidance into local market conditions whether you’re buying, selling or improving a home.

Results of the report are summarized in the January issue of REALTOR Magazine. To read the full project descriptions, access national and regional project data, and download a free PDF containing data for any of the 80 cities covered by the report, visit www.costvsvalue.com. Cost vs. Value is a registered trademark of Hanley Wood, LLC.