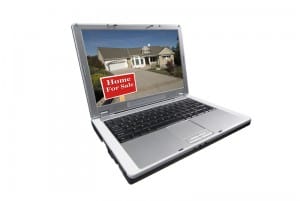 As part of new initiatives, Public Advocate de Blasio has teamed with Craigslist to expand NYC’s Worst Landlords Watch List so that tenants can easily network with others who live in different buildings but share the same landlord.

The list contains a ranking of Worst Landlords based on the number of infractions to housing codes using information provided by the NYC Department of Housing Preservation and Development. Currently, the landlord ranked #1 owns 66 buildings with a reported 2,047 infractions. The #2-ranked Worst Landlord has 1926 infractions in two buildings.

The initiatives are in response to a high number of complaints. More than 172,000 complaints about lack of heat alone flooded the system this winter.

The set of 8 initiatives proposed by de Blasio will bar chronically bad landlords from receiving taxpayer dollars and mobilize tenants in deteriorating buildings. The plan also includes an innovative partnership with private law firms to provide pro bono help in housing court, in addition to alerting apartment-hunters on Craigslist about landlords with a history of neglecting repairs.

We need to change New York’s approach to holding chronically bad landlords accountable, said Public Advocate Bill de Blasio. We need to creatively use the tools we have right at our fingertips so that more New Yorkers can finally live in safe apartments.

The approach includes both “carrot” and “stick” options –consequences for landlords who refuse to comply with the law, as well as assistance to well-intentioned landlords who want to improve their properties.

With AAOA, landlords have resources at their fingertips. Check out our Landlord Forms page.
American Apartment Owners Association offers discounts on products and services for landlords related to your commercial housing investment, including rental forms, tenant debt collection, tenant background checks, insurance and financing. Find out more at www.joinaaoa.org.