Home · Property Management · COVID-19 · Under a new plan, Hawaii landlords could remove tenants if alternative actions do not work out 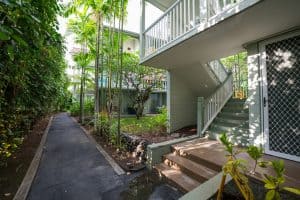 State lawmakers gave final approval last week to a bill that would allow landlords to gradually pursue evictions against tenants for unpaid rent, but only after Gov. David Ige’s existing eviction moratorium expires and after tenants get an opportunity to have a trained neutral mediator explore possible better alternatives to eviction for landlords and tenants.

The measure, House Bill 1376, aims to dampen potentially thousands of evictions for households suffering financially amid the coronavirus pandemic. The concern is that evictions, if left unchecked, could increase homelessness, clog the state court system and leave many landlords without tenants who might be able to repay delinquent rent over more time.

Lawmakers received encouragement on the bill from consumer advocates, the state Judiciary, the Hawaii Association of Realtors and attorneys involved in landlord-tenant cases.

David W.H. Chee, a Honolulu attorney with 28 years of experience in landlord- tenant law, told lawmakers that the bill won’t make landlords happy, but will give distressed tenants time to repay overdue rent and avoid eviction while allowing quicker evictions for tenants who owe more.

“This bill will, in essence, put all tenants in the entire state of Hawaii on a reasonable payment plan and allow tenants to avoid eviction,” he said in written testimony. “Evictions will be reserved for only those tenants who are causing the most financial damage to their landlords. As difficult as it may be for some landlords to accept, this bill offers the most reasonable alternative we have to the seemingly endless moratorium.”

HB 1376 requires that landlords give tenants 15 days’ notice for terminating a rental agreement, up from five days, and the notice must inform tenants that they have 15 days to schedule an optional free mediation to be paid for using $4 million appropriated from federal pandemic relief funding received by the state and expended by counties.

The mediation offer also needs to be presented to one of Hawaii’s five mediation centers. If a tenant chooses mediation, the landlord must participate and cannot file an eviction lawsuit in court until 30 days after the notice is received. If a requested mediation doesn’t occur before the case is heard in court, a judge can ensure that it does.

Another provision in the bill would further regulate when landlords can file an eviction case, depending on how much back rent is owed.

All provisions in the bill affecting evictions would end one year after they begin or at the end of next year, whichever is sooner.

Ige’s moratorium began in April 2020 and has been repeatedly extended. It was last extended in April to June 8.

It’s hard to project how many evictions landlords in Hawaii will pursue when allowed.

The University of Hawaii Economic Research Organization surveyed 271 landlords and property managers in August, and results suggested that 11,157 households statewide were behind on rent. This number, UHERO said, was double the number before the coronavirus pandemic began.

UHERO’s survey was done after city officials established a financial aid program for Honolulu households in May, but before the state established a housing rent relief fund in September.

Under the city program, $25 million in federal coronavirus relief funding was made available to cover up to $2,000 a month in household expenses. The state program made $100 million in federal coronavirus aid available to cover past-due and future rent for residential tenants up to $2,000 a month on Oahu and $1,500 on the neighbor islands.

Tracey Wiltgen, executive director of The Mediation Center of the Pacific, doubts that 10,000 households will opt for mediation under the bill if Ige allows it to become law, but she is sure there will be strong demand.

“It’s a huge opportunity (to help),” she said, adding that mediation can benefit tenants and landlords.

In a roughly 30-year-old court program on Oahu, a 30-minute mediation session prior to eviction cases resulted in 22% of tenants not being evicted, according to Wiltgen.

Under present circumstances, some landlords stand to lose many months of unpaid rent if they evict tenants instead of explore ways to recover back rent with the help of a mediator.

A flurry of eviction cases also could bog down court proceedings and add to the time it takes a landlord to evict a tenant for unpaid rent.

Mark Santoki, acting deputy chief Circuit Court administrator for Oahu, said in written testimony that requiring mediation before starting an eviction case rather than after will reduce case volume and ensure the Judiciary isn’t overwhelmed.

“If the eviction moratorium is lifted without enactment of this bill, the Judiciary will likely be flooded with thousands of cases that our system will be unable to process in a timely manner,” he said.

Stephen Levins, executive director of the state Office of Consumer Protection, submitted written testimony that also cited the benefit for the court system along with landlords and tenants.

“Mediation will encourage affected parties to reach a mutually beneficial resolution regarding a tenant’s arrearages,” he said.

The Hawaii Association of Realtors said the program takes a balanced approach to address what happens after the governor’s moratorium ends.

“At some point, the moratorium will have to end,” Ken Hiraki, the organization’s director of government affairs, said in written testimony. “HAR believes this measure is a workable solution that provides a balanced approach by encouraging communication between both the renter and housing provider.”