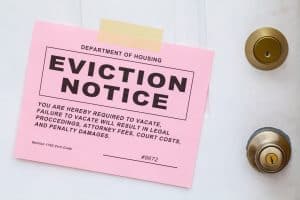 A federal judge last month struck down the eviction moratorium put in place by the Centers for Disease Control and Prevention. Though the judge stayed her decision pending appeal, the ruling is a harbinger of the inevitable: the end of the federal eviction moratorium, which is set to expire on June 30. With millions of tenants behind on rent and emergency rental assistance only now beginning to be disbursed, few states are ready for this eventuality.

According to the Covid-19 Housing Policy Scorecard — which is run by the Eviction Lab at Princeton where I work — only two states, Minnesota and Washington, afford renters strong pandemic-related protections, defined as freezing the eviction process in most or all cases. Thirty-nine states have few, if any, protections. No state that voted for Donald Trump in 2020 is still offering meaningful protections to renters.

The C.D.C. moratorium, which has now been in place for nine months, limits landlords’ ability to evict tenants who fall under certain income thresholds or are unable to pay rent because of a medical or economic hardship. Tenants must attest — and often prove under cross-examination in court — that they have made good-faith efforts to get rental assistance and have nowhere to go if evicted.

In anticipation of the end of federal renter protections, progressive housing activists persuaded lawmakers to make a robust investment in emergency rental assistance. Congress appropriated $25 billion in the Consolidated Appropriations Act in December and an additional $21.55 billion in the American Rescue Plan in March. These funds are intended to help renters catch up on back rent and to support landlords struggling to make mortgage and utility payments because of missed rent.

This aid, however, won’t be equally available everywhere. Congress allocated assistance on the basis of state population, without taking into account differences in the number of renter households, variation in the cost of rent, or the extent of pandemic-related hardship.

The legislation also mandated a minimum payment to smaller states. The result is that far more assistance will be available to renters in smaller, rural states than in larger, urban states — those that, in many cases, were hardest hit by the pandemic. The American Rescue Plan included discretionary funds for “high-needs grantees,” but they do not come close to providing equal resources to renters.

If you were to divide the maximum aid allocated to the states by the number of occupied rental units, each renter household in New York would get $766, compared to $5,167 in Wyoming. Based on median rent data from the American Community Survey, that would cover roughly half a month’s rent in New York, but six months in Wyoming.

Some funds were also allocated directly to large cities and counties, but at a lower rate. For example, New York City directly received only $645 million in rental assistance — just a quarter of the $2.6 billion allocated to New York despite the city’s being home to nearly two-thirds of the state’s renting households. Decisions about the distribution of state funds will vary across the country in ways that could shortchange renters in dense urban centers.

Ideally, better-funded states will use this aid to ensure that all rental debt is paid down and to institute eviction diversion, right to counsel, and housing counseling programs. If they don’t pursue such strategies, or if excess funds remain, the American Rescue Plan allows for the reallocation of unused aid. Money that Alaska isn’t able to use could, in theory, be sent to California. But that reallocation won’t happen until October at the earliest, well after many renters have been evicted.

When the C.D.C. moratorium ends, renters in large Republican-leaning states are likely to be hit the hardest. Renters in New York, California and Nevada get much less in emergency aid, but still have meaningful state-level protection. Places like Montana and South Dakota have few renter protections, but they have ample assistance available. By contrast, in places like Florida, Indiana, Ohio and Texas, renters will be receiving little in rental assistance and have few protections available.

Cities have interpreted the C.D.C. eviction moratorium in a wide variety of ways. Notably, the moratorium still allows landlords to file eviction cases for reasons other than failure to pay rent. The records of these cases — even those that do not eventually lead to an eviction — trail tenants, tarnish their credit, and limit their ability to find housing later. Across sites monitored by the Eviction Tracking System, more than 255,300 eviction cases have been filed since the C.D.C. moratorium went into effect — 54 percent less than normal over the same period in a typical year, but still troubling.

When the moratorium ends, renters’ rights will revert to the strict prepandemic status quo. Last spring, states put in place a range of moratoriums and renter protections. In mid-May 2020, nearly a quarter of renters lived in a state with a strong moratorium. But state governments largely abandoned these policies by the end of last summer.

So in the short term, maintaining the C.D.C. moratorium is affording critical time for rental assistance to reach tenants and landlords. While the initial $25 billion in assistance was provided to states and cities in late January, it has taken time for officials arrange how to distribute funds.

Overly burdensome application procedures delayed this process, but the Biden administration recently announced changes that should significantly improve the pace of distribution. Assistance is now available in most places and aid is being distributed more quickly, though not without problems.

What’s most encouraging is that policymakers are now more seriously exploring longer-term options to support renters. The pandemic has inspired attempts to expand the right to legal counsel in eviction cases, to establish eviction diversion programs, to seal records in eviction cases and to increase the cost for landlords of filing eviction cases. These efforts signal a potentially larger shift in renter protections and a rethinking of how eviction should — and should not — be used.