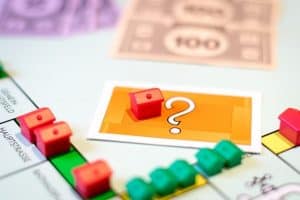 Stephanie Graves had a decision to make: buy new signage so she could open the pool at one of her apartment complexes, or pay the electric bill. She couldn’t afford both.

Ultimately, it wasn’t a hard decision. Lights are more important than a swimming pool.

“I need to keep my electricity on in the common areas so that the place isn’t black at night,” said Graves, who has an ownership stake in five Houston-area apartment complexes, and does third-party management for eleven other properties.

Graves is one of the millions of landlords and property owners in the U.S. struggling through the COVID-19 pandemic, providing an essential service – housing – while regularly getting painted as heartless by the mainstream media and slimed by progressive lawmakers and advocates who want to #CancelRent.

At one of Graves’s complexes, 14 of her 22 tenants are behind on rent. Some residents haven’t paid a cent since last June, and she said she’s been forced to tap into her personal savings to keep the business afloat. “The utilities, all those things, payroll, is coming out of my pocket,” she said.

Her opportunity to start collecting from her non-payers was pushed back again last week, when the Centers for Disease Control and Prevention extended its ban on evictions through at least June. It’s a move that some legal experts say is beyond the CDC’s authority. But keeping people in their homes – and out of homeless shelters – “by preventing evictions is a key step in helping to stop the spread of COVID-19,” CDC director Dr. Rochelle Walensky said last week, defending the move. Housing advocates praised the extension as “essential.”

To many rental property owners and landlords, the eviction moratorium is not only putting them in financial jeopardy, but also encouraging residents to amass large and likely un-payable debts. It’s also harming the greater effort to build up the nation’s affordable housing stock.

“It’s devastating,” said Richard St. Paul, founder and executive director of the New York City Small Homeowners Association. “Our members have been waiting, some a little over a year, some almost a year, for payments from a tenant.”

Nationwide, more than 10 million renters – roughly one in six – were behind on their rent payments as of late December, according to a Census Bureau survey, leading to an estimated $57 billion shortfall in rental payments. Congress has since authorized more than $45 billion in rental aid in the last two COVID-relief bills, but many states have been slow to get the money out.

“There’s been no education program to the renter community across the country to educate them on how to apply for these dollars,” said Bob Pinnegar, president and CEO of the National Apartment Association. “This has the potential to be a train wreck.”

And there’s still an unfunded gap of over $10 billion – growing by about $5 billion every month – that has yet to be addressed, Pinnegar said. Those are real dollars ­to real property owners who count on that money to survive and to fund their retirements. He worries that at the end of the pandemic, when the eviction ban does end, there won’t be the political will to fully fund that gap.

“In that situation, if an operator doesn’t get those dollars, are they going to continue to be viable, or are these properties going to be lost to foreclosure?” he asked.

Nothing to Do But Wait

During a crisis, it’s critical for tenants and landlords to communicate about employment status, money, and payment plans, Pinnegar said. The eviction ban has disincentivized those conversations, and it’s taken away a key negotiating tool – the threat of an eviction – from landlords.

Now, when tenants “go dark” and stop paying their rent or communicating, “we literally can do nothing but wait,” said Graves, the rental property owner and manager in Houston.

She still has to make her mortgage payments, and pay her taxes, utility bills, and her employees. And with more people home during the pandemic, maintenance costs have skyrocketed.

She said she’s working with residents, and helping them to apply for local and federal funding. “We’re not in the business of evicting people,” she said. “We want them to have homes.” But, she said, some residents look at the cumbersome process to apply for federal aid, and refuse to even try.

“We’re at a point now where our only avenue is to evict because I can’t have them living here anymore,” Graves said. “That, in some cases, is taken away from us for another three months.”

Lincoln Eccles manages a 14-unit, family-owned building in the Crown Heights neighborhood of Brooklyn in New York City. Eccles, an immigrant from Jamaica who moved to the U.S. with his family when he was a young child, said he essentially needs 100 percent occupancy just to get by. Even before the pandemic, he had two non-payers. Because of the pandemic, two of his previously consistent-paying tenants have fallen behind on their rent.

He said he managed to move out one of the non-payers by forgiving the tenant’s nearly $100,000 debt in a so-called “cash for keys” agreement. But he’s still operating in the red.

New York has more renters – about 5.4 million – and a higher percentage of renters than any big city in the country. Due to rent stabilization laws, increasingly high taxes and burdensome regulations, being a landlord or small rental property owner in New York was already hard, particularly for minorities and immigrants, Eccles said. The pandemic has made it even harder.

Eccles just had the boiler in his building die, and now he’s got to find the money to replace it.

“The government has the mindset that real estate is an investment, kind of like a stock, where it just sits there and just generates money,” he said. “My property is 116 years old, and the disconnect that they have is this requires massive – I have to emphasize massive – capital investment on a regular basis.”

St. Paul, with the Small Homeowners Association, said property owners are sympathetic to tenants who are struggling through the pandemic. But a year without pay from some tenants, who often are tens of thousands of dollars behind in rent, is “too much of a burden,” he said.

Landlords and small rental property owners tend to have few good options – keep the non-paying tenants, and hope to eventually get rental assistance; offer to forgive their debt in exchange for them moving out; or spend years chasing them through the courts, St. Paul said.

“They are being taken advantage of,” he said of his landlord and rental property clients. “And the government is directly responsible for that.”

St. Paul said it should be easier for landlords and rental property owners to access federal rental-relief dollars. He said they should be offered grants, not loans, because burdening the small rental owner with more debt is “not a solution.” And the property owners shouldn’t have to rely on the tenants, who aren’t always cooperative, to access the money, he said.

“To turn around and say, ‘Okay, we’ve got some money, but the tenant has to request it … and then you can get the money,’ that makes no sense,” St. Paul said.

Pinnegar said he understands the emotions behind the #CancelRent movement, but canceling rent would put the nation’s housing stock – an estimated 41 million rental homes – in jeopardy.

The U.S. already is falling well short of developing the roughly 325,000 new rental homes that are needed every year just to keep up with population growth and demand. If rents were to be canceled, “what’s going to be the incentive to ever build another rental unit?” Pinnegar asked.

As it is now, he said, most of the units being built are higher-end apartments, not affordable housing. There is some trickle-down as complexes age, but it takes years, Pinnegar said.

With a hot real estate market, a large number of property owners who were renting out single-family homes are selling them instead, he said. A lot of those houses will be bought by families who intend to upgrade and live in them, rather than rent them to working-class families.

Graves said she’s seen the same inclination to sell in the larger, multi-unit market. She said she had enough savings to get through the pandemic, but not all owners and landlords did.

“Some of them are throwing up their arms, saying, ‘The market is great right now, I’m going to sell and get out of this,’” she said. “And when a property sells under that sort of duress, a new developer comes in and they renovate and they raise rents, and that affordable housing pool is slowly eliminated.”

In New York, high taxes, burdensome regulations and the eviction ban are driving families and small businesses out of the rental market, St. Paul said.

“You’re probably going to see a lot more corporations, LLCs own multi-family homes than individuals do, because they can afford the risk,” he said.

Pinnegar said there are misperceptions about who the nation’s rental property owners really are.

“I think the perception is, people who own real estate have deep pockets, and they can afford to ride anything out, which is so far from the truth, especially for the independent rental owners,” he said.