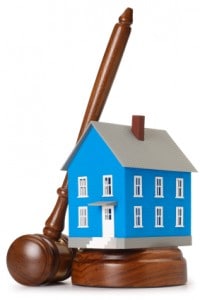 Residential landlords are all too used to learning of new laws or court decisions that expand their liabilities and/or make life more difficult. It is a pleasure, then, to report on a California appellate decision that affirms a limit on landlord liability and rejects a claim as to landlord duty. (Garcia v. Holt, Fourth Appellate District, Oct. 27, 2015)

In October of 2005, the Mamertos (Michelle Mamerto was Michel Holt at the time the complaint was filed) leased their Escondido property to George Jakubec. The lease was for one year. At the end of the year, the lease became a month-to-month rental.

In 2005, the Mamertos hired Mario Garcia to maintain the landscaping of the subject property. He or his employees worked on the premises at least once every two weeks throughout the five years leading up to the incident that triggered this lawsuit.

According to the court record, “On November 18, 2010, Mario was injured when he walked over unstable explosive material on the backside of the Premises and the material exploded under him.” Apparently, the tenant, Jakubec, had been creating and storing explosives on the property. Neither the owners, the Mamertos, nor Garcia and his employees were aware of this.

The Appellate Court summarized the proceedings that followed:

“The Garcias sued for premises liability alleging the Mamertos were negligent in the maintenance of the Premises by allowing explosive materials to be kept on the Premises. The Mamertos moved for summary judgment [essentially, dismissal] arguing they owed no duty to Mario because they had no actual or constructive knowledge of the explosive materials on the Premises, thus there was no foreseeable risk requiring an inspection.

“In opposition, the Garcias argued the Mamertos had a duty to exercise reasonable care to inspect the Premises periodically once the lease became a month-to-month tenancy. The Garcias further argued there was a triable issue of material fact as to whether the Mamertos breached that duty.

The Garcias appealed. They contended that when the lease became month-to-month then the Mamertos had a right to periodically enter the premises. With that right, they argued, the Mamertos has a corresponding duty to make “reasonable periodic inspections and they should have discovered the dangerous conditions.”

The Appellate Court disagreed. They asserted that “the obligation to inspect arises ‘only if [the landowner] had some reason to know there was a need for such action.'”

Moreover, the court stated, “Public policy precludes landlord liability for a dangerous condition of the premises which came into existence after possession has passed to a tenant.” “This is based on the principle that the landlord has surrendered possession and control of the land to the tenant and has no right even to enter without permission.”

“Where a landlord has relinquished control of property to a tenant, a ‘bright line’ rule has developed to moderate the landlord’s duty of care owed to a third party injured on the property as compared with the tenant who enjoys possession and control.”

In short: You want to sue someone? Sue the tenant.