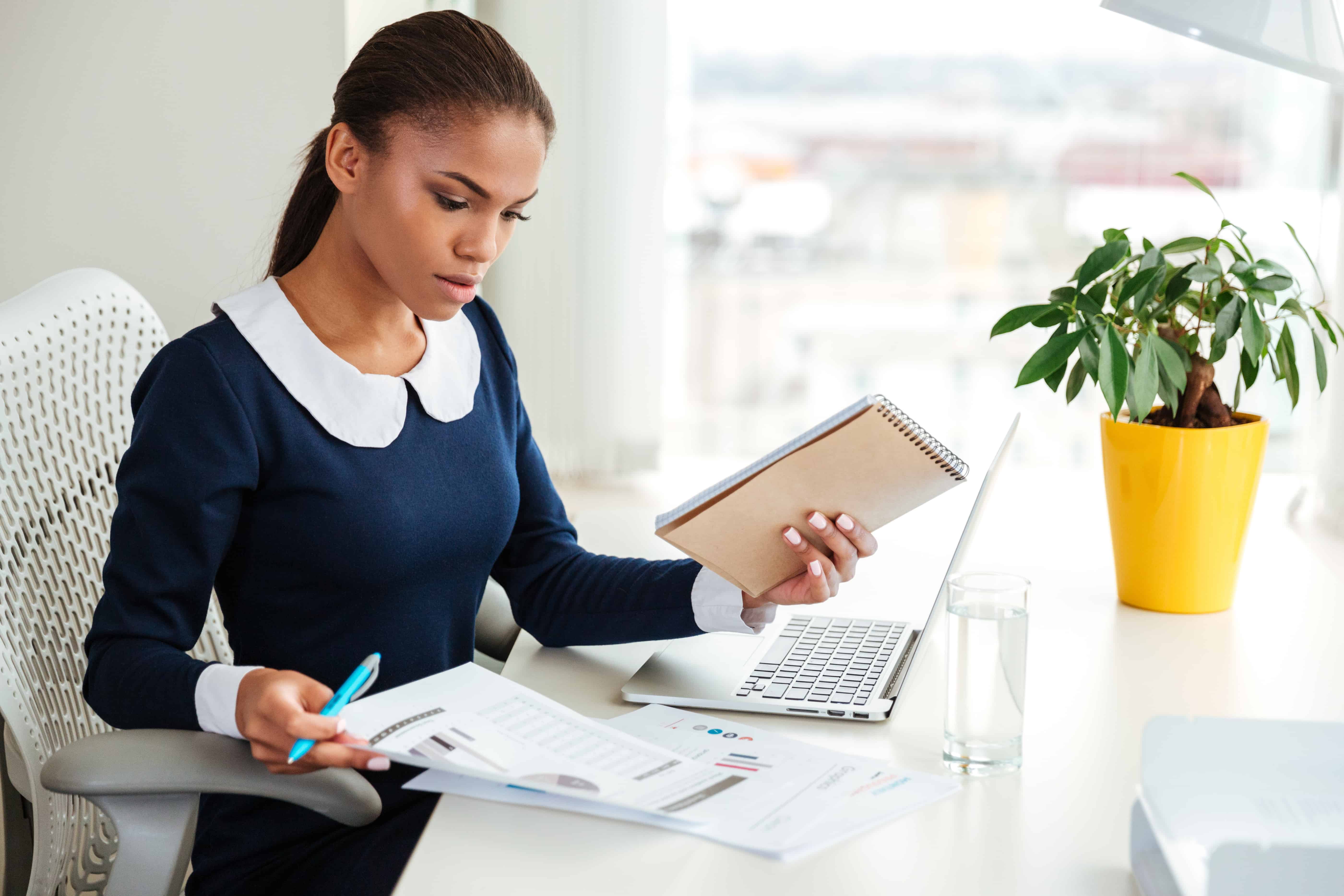 When Chris Athineos says that current events present an unprecedented challenge to landlords, he speaks with some authority. He manages a family business, founded by his parents in 1968, that now owns and operates 150 units in apartments across the Brooklyn Heights, Park Slope, and Bay Ridge neighborhoods in Brooklyn, New York.

“It’s frightening, we’ve never had a crisis like this,” he says about the economic fallout from the novel coronavirus. “We haven’t felt the effects economically yet, but I’m sure everybody will. I’m trying not to panic.”

Athineos, who’s also the executive director of Small Property Owners of New York (SPONY), a nonprofit representing the landlords who own smaller buildings with fewer than 100 units, says that the pandemic has changed how he and other landlords manage their buildings. Elevators are restricted to one person or family at a time; high-touch areas, such as compactor chute handles, doorbells, and elevator buttons, are cleaned constantly; appliance repairs, especially for overstuffed refrigerators, are taking on new urgency.

It’s also raised questions of how landlords will cover their own expenses during a prolonged economic pause, as an increasing number of newly unemployed tenants will struggle to pay rent. Many multifamily property owners will soon be faced with maintenance and operations costs, mortgage payments, and property taxes they themselves may struggle to pay without rent checks coming in, leading to additional strains on banks, lenders, and the larger mortgage market.

Mortgage forbearance means many of these property owners will be allowed payment deduction or deferral on mortgages for as long as a year if they’ve lost income or employment because of the novel coronavirus fallout. Housing and tenants’ rights advocates say that renters aren’t being given the same flexibility, even with the eviction and rental moratoriums that have been put in place in some locales, and need more support. In New York City, Housing Justice for All, a coalition of advocacy groups, has requested the state freeze rent, and some advocates are even calling for rent suspension; State Sen. Michael Gianaris introduced a bill calling for a 90-day rent suspension.

“I think it’s pretty unfair for the half of the state that rents that a similar measure [to mortgage relief] hasn’t been put forward,” Cea Weaver, campaign director for Housing Justice for All, told Curbed New York. “It’s really important at this moment as New Yorkers lose income that we also don’t lose our homes.”

But landlord groups and economists say that amid a crisis that affects everyone, it’s still important to keep the needs of landlords in mind.

“This is a potentially worrisome and not-well-addressed part of the food chain,” says Stuart Gabriel, director of UCLA’s Ziman Center for Real Estate. “We have a situation where for many sectors of the economy, economic activities have ground to a halt. It will come to include multifamily rental, as sudden massive unemployment, coupled with a prohibition on eviction, coupled with allowance of rent deferral, will make for substantially diminished cash flow for holders of rental properties.”

Ultimately, even amid all this uncertainty, landlords don’t want to lose their tenants, according to Jeff Cronrod, who represents the American Apartment Owners Association (AAOA), the nation’s largest landlord trade group. Members of the group have been calling him anxious about mortgage payments and property taxes coming due, but “nobody wants to talk eviction.”

“Landlords understand food and health care needs are going to be first, right now, and paying rent is going to be second,” he says. “Unemployment won’t cover it all, and there can be a shortfall. In normal times, if a tenant offered $700 when they owed $1,000, we’d tell members, don’t accept it. But now, we’re saying, have them pay later, or amortize it over six months.”

Cronrod hopes there are more conversations around concessions to landlords from their lenders, especially smaller, mom-and-pop owners. “Lenders can afford something like mortgage forbearance,” he says. “Everybody can pitch in and help.” There are already options for mortgage forbearance available, but many landlords fear that may not be enough in a prolonged crisis.

By and large, landlords are most worried about issues of rent and cash flow. During a webinar held last week for AAOA members, “Coronavirus and Landlords: Effects on Evictions, Assets, and Liability,” the sentiment from the hundreds of members who listened in leaned toward financial issues (a vast majority of submitted questions were about what to do if tenants stop paying rent, and how to set up a payment plan for deferred payments). One of the presenters, Brad Barth, partner at BarthCalderon LLP, a law firm in Orange, California, advised landlords to speak to their lenders and devise mortgage payment plans. Steven Williams, a lawyer for Fried & Williams, advised landlords to make sure they’re up to date on insurance and liability coverage. He also pointed to the spring breakers flaunting coronavirus restrictions, warning landlords that they may be sued if tenants act recklessly and facilitate transmission.

Williams also said all the new rent moratorium laws and increased unemployment assistance going into effect will help “maintain the status quo” for tenants, making it more likely they will be able to continue to pay rent as usual and keep the system running as is. Most tenants will sincerely need to utilize these laws, he says, and most of this new legislation will require proof of an inability to pay. He expects most tenants will work to keep their lease instead of breaking it, but he says that landlords should expect some “creative lawyering” around force majeure or “act of god” clauses.

“If they can pay half, take what you can,” he says. “Try to be sympathetic and work with the tenant and get something you can, and be willing to work with them and let them know that. It’s really all you can do.”

Another industry source, who wishes to remain anonymous, said that landlords were hopeful that the stimulus bill, especially provisions for expanded unemployment benefits, will help any tenants cover rent for the next few months. But some landlords have also seen people try and end their leases early, “handing in their keys to go live with their parents,” and while nobody is keeping those tenants from leaving, there’s a question about how long a landlord can leave a newly vacant unit empty, since it’s unlikely they’ll find new tenants in this climate.

“The biggest fear is there’s going to be some level of overreaction, like a rent restriction bill,” the industry source says, such as the 90-day rent suspension bill proposed by Gianaris. “Our concern is with the way it’s written, which doesn’t qualify the amount of income loss needed for relief. In theory, just about everybody can say they’ve lost income due to coronavirus, and if people just stop paying rent, that would create a larger problem. Any rent forgiveness bill needs to recognize everybody in the payment stream.”

New York State has issued a 90-day suspension on mortgage payments, based on financial hardships, as well as foreclosures.

One challenge in crafting legislative relief for landlords is that the group is diverse, ranging from deep-pocketed corporations such as Blackstone to older adults who may be renting out a single property that’s their only source of income. In a sharp economic downturn where many renters suddenly can’t pay, small landlords will quickly run out of operating expenses and money to pay janitors and maintenance staff. If shelter-in-place measures continue for months, the pressure on smaller landlords might lead to an inability to pay mortgages and more systemic issues, says UCLA’s Gabriel.

“There’s very strong possibility that this could lead to more instances of commercial mortgage default and be highly threatening to the broader economy,” he says.

Owning and operating property with a rotating cast of tenants has always presented challenges. But the pall of uncertainty over the economy has caused even seasoned property owners to feel unsure about the future.

“I’m always flexible, because everybody has a crisis in their life at one point or another,” says Athineos. “Hopefully in a few months things will settle down, but I have no idea how that’s going to work out.”