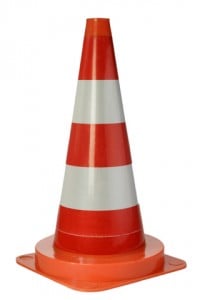 Chicago’s City Council has drawn a line in the sand when it comes to old, uncompleted, or empty buildings: make it safe, or go to jail.

Alderman Balcer proposed the measure to send a message to landlords and investors who procrastinate in bringing buildings up to standards or tearing them down.

Prior to the new law, landlords may have faced fines for allowing buildings to remain in poor condition.

Now, in addition to any fines, the owners of any vacant, uncompleted abandoned, or vacant boarded-up building will face jail time of not less than 30 days nor more than 6 months if the building is in serious violation of building codes, or has a violation of any fire, electrical, or building provision of this code, which is “imminently dangerous and hazardous”, and as a result of any condition which arose because of the violation, a person suffers a severe injury or death.

Additionally, anyone “owning, maintaining, operating, collecting rents for, or having any legal or equitable interest in any vacant and open building, or any uncompleted abandoned building, or any vacant boarded-up building or any otherwise enclosed vacant building must have a watchman on duty upon the premises on which any one of such aforementioned buildings is situated everyday continuously between the hours of 4:00 p.m. and 8:00 a.m., unless the building has been secured by methods approved by the commissioner of buildings.”

The watchman required under these provisions must remain on duty daily during the required hours until such building is either occupied or razed.

In December of last year, two firefighters died and many others were injured while fighting what was initially described as a routine fire in a vacant building in Chicago’s south side.  Firefighters familiar with the neighborhood were concerned that homeless people may have taken shelter inside.  While firefighters searched, the roof of the aging, one-story building collapsed, trapping at least four firefighters inside. The two who died were among those trapped.  It was suggested at the time that a vagrant may have started the fire in order to keep warm, as the building did not have heat or electricity. The new measure forces owners to take steps to ensure no one will gain access to an unsafe or vacant building.