Can Landlords Ban Medical Marijuana Use?

Lawmakers in Michigan are attempting to clarify landlords’ rights to ban medical marijuana in rental properties. 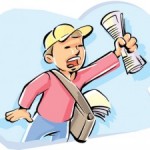 The state’s Senate has passed a bill that challenges the public mandate legalizing medical marijuana. Under the bill, landlords would have a clear right to ban growing and smoking marijuana at their properties, according to a news report.

The Senator responsible for introducing the bill told reporters that many Michigan landlords have suffered catastrophic damage to rental properties as a result of tenants growing and smoking marijuana since it was legalized at the state level. In one case, the tenant grew 95 plants indoors, destroying the property.

While the state’s Attorney General issued a statement after the legalization vote confirming that landlords still have the right to ban marijuana use in rental properties, many citizens remain confused about the law.

The House is expected to pass a version of the measure as well, according to the report. Lawmakers have discussed carving an exception for tenants with debilitating medical conditions, and for edible marijuana products.

The federal government, including HUD, has taken the position that medical marijuana is illegal, and housing providers are not required to allow marijuana use.

The ultimate outcome in Michigan may impact the laws in other states, many of which have or are in the process of legalizing marijuana use in some form.