Can Landlord Boot Tenant for Faking ‘Slip and Fall’? 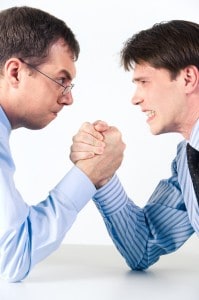 Q: One of my tenants claims that he twisted his ankle on a front doorstep that he says was loose. I don’t think it was loose at all; I think he hurt himself somewhere else (if he’s even hurt), and wants to pin it on me. This guy has been a pain in the neck for some time, and this was the last straw — I served him with a 30-day notice. He says he’s not moving, that he’ll sue me for his injury, and that I can’t retaliate like this against him. What do you think? –Peter P.

A: Most states have adopted some variation of the Uniform Residential Landlord and Tenant Act, which prohibits a landlord from retaliating against a tenant — by increasing rent, decreasing services or evicting (or threatening to evict) — after a tenant has sought to “enforce a right or remedy granted by the state’s landlord-tenant laws.”

From the sounds of things, your tenant is planning on suing you for negligence, and you have responded, at least in part, by giving him the boot. So there are two issues going on here: whether you were negligent, and whether you can successfully terminate the tenancy in response to the forthcoming lawsuit.

Whether your tenant can successfully sue you for his injury will depend on whether he can prove to a judge that you knew of a dangerous condition on the front step and unreasonably failed to correct it; that this condition caused the injury; and that he is in fact injured.

He’ll have to show, for example, that the step was loose and that you knew about it or should have known, in the exercise of normal landlord maintenance; that you had (or would have had) an opportunity to fix it (or at least warn users to avoid it); and that you failed to do so. You wouldn’t be responsible if the step unexpectedly came loose just before the tenant slipped; nor should you be responsible if the tenant’s slip didn’t in fact cause the injury.

Let’s assume for the moment that your tenant successfully convinces a judge (or insurance adjuster) that you’re to blame for his woes. Can you terminate his tenancy without fear of breaking the law? Look back to that description of the anti-retaliation law — it protects tenants after they’ve “sought to enforce rights and remedies” granted under the landlord-tenant act.

States that take a broad approach to tenant protections and remedies might include compensation for injuries due to landlord negligence as among the rights and remedies guaranteed by its landlord-tenant law. But some will apply the protection narrowly. In those states, landlords would be free to terminate the tenancy of someone who has sued them for negligence.

The only way to know for sure is to find out how narrowly your state’s law has been written and interpreted.