Home·Property Management·Latest News·Calling it Quits: How to Negotiate a Lease Buyout

Calling it Quits: How to Negotiate a Lease Buyout 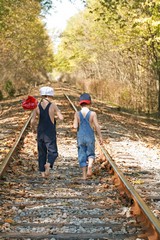 Q: One of my tenants would like to get out of his yearlong lease, which has eight months left. I understand that he remains liable for the whole rent until I re-rent the unit, but he’s approached me with a different proposition. He wants to negotiate a buyout, right now, so that he won’t be left wondering how many months’ worth of rent he’ll be responsible for. Is there anything illegal about this? “Harry H.

A: Let’s back up for a moment to your assumption that you have to re-rent and subtract the rent you receive from the new tenant from what your tenant owes on the lease. While many states do impose this requirement (called mitigation of damages), it’s not true universally.

In New York, for example, the law wasn’t clear for years. Some lawyers claimed that the duty existed in certain parts of the state, before certain courts, but not elsewhere. A 2008 court decision settled the matter: New York landlords have no duty to re-rent. In Arkansas, Colorado, Florida, Massachusetts, Minnesota, Missouri (with qualifications), Pennsylvania and Vermont, there’s also no legal duty to re-rent. In those states, landlords can sue for the entire rent due, without making efforts to find a new tenant. In practice, however, few landlords will do so. It’s often difficult to find the old tenant and serve him or her with legal papers, and most landlords would prefer to spend their energies getting a new, rent-paying tenant into the property.

A negotiated buyout is the most practical, and even-handed, way to handle a lease-breaking situation. If the market is hot, meaning it will be easy to get a new tenant, the buyout should reflect this — it should compensate the landlord for only a short amount of vacant time, plus some extra to cover turnover costs. On the other hand, if the market is soft, the landlord will have a harder time getting a new tenant, and the buyout figure should be higher. But that’s fair: If your reasonable efforts can’t produce a tenant for, say, three months, that’s the amount you’d be entitled to demand from the tenant. A buyout simply estimates the difficulty of re-renting, and allows landlord and tenant to settle the matter and be done with it.

To my knowledge, a negotiated buyout is not illegal, unless there is no real negotiation or bargaining going on (in other words, the landlord shouldn’t offer a buyout that is really an unwavering demand for an unreasonable amount of damages). Even in Florida, which recently passed a complicated law allowing for early termination fees and liquidated damages when tenants break leases, landlords and tenants can still negotiate buyouts without running afoul of the law.

As you approach the buyout discussion with your tenant, do your homework. Find out how quickly rentals like yours are moving on and off the market. You may have to get in touch with other landlords, management companies, and consult the classified ads and online advertising sites. You need to have a realistic idea of how soon, after you clean and refurbish, you can expect to get an acceptable tenant. (Don’t forget to factor in the time of year, if that will make a difference in your town.) Your tenant should do the same. Ideally, you’ll each arrive at a reasonably similar number of months.

Next, estimate your turnover costs (cleaning, advertising and screening). Some would say that you’re entitled to add these to the buyout figure; others would say not, because these are expenses you’d have to pay whenever, and however, the tenancy ends. To be absolutely fair, you can charge your tenant only the interest you’ll lose on the money by having to spend it now rather than later. For example, if you estimate that it will cost you $1,000 to find a new tenant, you’ll be taking that money out of your bank account eight months early. You’ll be losing eight months of interest on $1,000, and that’s the amount to charge your tenant for doing the whole show early.

Janet Portman is an attorney and managing editor at Nolo. She specializes in landlord/tenant law and is co-author of “Every Landlord’s Legal Guide” and “Every Tenant’s Legal Guide.” She can be reached at [email protected].
Copyright 2009 Janet Portman
See Janet Portman’s feature, Landlord Charges Extra for Lawn Care.